Hedge Fund Managers Love These Two Stocks. Here’s Why You Should Follow Them 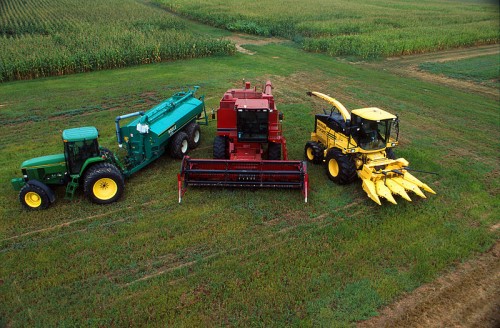 Clifton Robbins‘ Blue Harbour Group currently holds a 7.5% stake in AGCO Corporation (NYSE:AGCO). Robbins thinks investors are overlooking AGCO’s 24% ownership of TAFE, which is a hidden gem on the balance sheet. He notes the agricultural equipment sector is highly concentrated, giving producers such as  pricing power. Robbins also likes AGCO’s valuation. AGCO currently trades at 14.2 times forward earnings and yields 9% free cash flow yield based on trough earnings. The hedge fund manager likes how management bought back 13% of the float over the last six quarters, and notes the company has unused debt capacity on its balance sheet to buy as much as 17% more. Robbins thinks AGCO could trade for $75-95 based on historic multiples, giving shares an 78% upside.

Like Robbins, hedge funds are bullish on AGCO Corporation (NYSE:AGCO). Of the around 730 elite funds we track, 16 funds held stakes with an aggregate value of $591.23 million (representing 11.80% of the company) at the end of June, versus 20 funds and $408.73 million respectively a quarter earlier. As of the end of the second quarter, Robert Rodriguez and Steven Romick’s First Pacific Advisors holds 1.12 million shares, while Ken Griffin’s Citadel Investment Group owns 905,772 shares. Martin Whitman’s Third Avenue Management owns 1.9 million shares too.

While hedge funds are bullish, the market and investment bank analysts have gone the other way. Shares of AGCO are down 2.4% year to date after UBS lowered its rating on AGCO Corporation (NYSE:AGCO) to ‘Sell’ from ‘Neutral’ and cut its price target to $39 from $59. UBS believes AGCO’s 2016 earnings will be weaker than expected and likely less than the consensus expectation of $3.09 per share.

What Do The World’s Greatest Investors Think of These Hot Biotech Stocks...
Monthly Newsletter Strategy
Download a free copy of our newsletter and see the details inside!
Hedge Fund Resource Center
Related News
How Do Hedge Funds View These 3 Downgraded Stocks? Why Clifton Robbins and Other Hedge Funds Are Bullish On This Manufacturer of Agricultural Equipment Gratia Capital Feels Right At Home With These Real Estate Stocks Clifton Robbins Discloses Big Stake In AGCO Corporation (AGCO): Is The Stock Set To Go Higher? Hedge Fund News: Daniel Och, Jim Chanos, Boaz Weinstein Forest City Enterprises Inc (FCE.A) Investor Conference Call Transcript Will AGCO Corporation (AGCO) Turn Around With an Insider and an Activist Investor Bullish on the Stock? 10 Best Places to Retire in Central Florida 6 Most Expensive Panerai Watches in the World 7 Most Catastrophic Computer Viruses of All Time
Billionaire Hedge Funds