Buffett has big lead in bet against hedge funds (CNBC.com)
With four years remaining, Warren Buffett has a commanding lead in a decade-long bet that put a low-fee stock index fund up against a portfolio of high-priced hedge funds. Buffett put his money behind his long-held argument that “experts” don’t do better than the stock market as a whole. It’s the basis of his argument that the fees “helpers” charge investors usually aren’t justified. In a piece written by long-time Buffett friend Carol Loomis, Fortune reports that after six years the fund Buffett selected for the wager, the Vanguard 500 Index Fund Admiral Shares, was up 43.8 percent at the end of 2013.

Herbalife Detractors Meet With FTC to Press Ackman Pyramid Claim (Bloomberg)
A Latino advocacy group supporting hedge-fund manager Bill Ackman’s claim that Herbalife Ltd. (NYSE:HLF) is a pyramid scheme said it met with a federal regulator yesterday to push for an investigation of the nutrition maker. The League of United Latin American Citizens, or LULAC, met with U.S. Federal Trade Commission Chairwoman Edith Ramirez to detail alleged abuses, it said. At an earlier press conference, LULAC said Herbalife deceives Latinos and other disadvantaged consumers with false promises of wealth and success. Peter Kaplan, a spokesman for the agency, declined to comment or confirm the meeting’s content.

2013’s best hedge fund manager still picking winners (MarketWatch)
We recently published our list of 2013’s best hedge fund managers. Michael Castor was at the top of the list because he picked eight stocks for us during four different interviews and five of those stocks returned more than 100% in under six months. We track a lot of hedge funds and we have never seen anything like this. Yesterday, his last pick in 2013, Furiex Pharmaceuticals Inc (NASDAQ:FURX), surged 130%. Furiex was a binary outcome play and Castor got a little bit lucky but this is what investing is. You make calculated bets where the odds are on your side.

Hedge Funds Preparing for $1 Trillion Property Bill: Mortgages (Bloomberg)
Hedge funds are zeroing in on America’s malls and hotels. Axonic Capital LLC, LibreMax Capital LLC and Saba Capital Management LP are among firms positioning to provide loans as more than $1 trillion in commercial real-estate debt originated before the property crash comes due over the next three years, aiming to bridge the gap for borrowers needing more cash than banks are willing to lend. “New participants are capitalizing on that void,” said Richard Hill, an analyst at Morgan Stanley (NYSE:MS), who said he’s surprised by the range of investors entering the market.


Fannie, Freddie investors ramp up push for companies’ revival (Hedgeworld)
Investors that have bid up the preferred and common shares of government-controlled Fannie Mae and Freddie Mac are starting to get louder. Leading the charge: consumer advocate Ralph Nader, a shareholder in the two companies who has aligned himself with some unlikely bed-fellows, including hedge funds. The groups are mounting a push to ensure that any decision on the future of the two taxpayer-owned mortgage finance giants helps shareholders salvage some of their money. Several hedge funds, including Perry Capital and Bruce Berkowitz‘s mutual fund Fairholme Fund, bought preferred stock of Fannie and Freddie cheaply and have filed lawsuits seeking to overturn the bailout agreement.

Citadel Defied a Market Slump in January (New York Times)
In a dismal month for the stock market, one big hedge fund company in Chicago managed to record gains. Citadel, the hedge fund giant led by Kenneth C. Griffin, told its investors on Wednesday that its two flagship funds rose 3.4 percent in January, according to a person briefed on the matter. The Standard & Poor’s 500-stock index declined 3.6 percent in that time. The month’s performance caps a strong run for the funds, called Kensington and Wellington, which have rebounded after suffering steep losses in the financial crisis. The funds returned 19.4 percent in 2013, a year when the median return of funds that use a similar strategy was 10.62 percent, according to Hedge Fund Intelligence.

Hedge funds bet on US gas shortage as cold boosts demand (Financial Times)
A rare fear haunts the land of the shale bonanza story: running low on natural gas. Furnaces, utilities and power plants have guzzled trillions of cubic feet of the fuel as the US slogs through what may be recorded as the coldest winter since the invention of gas futures in 1990. Hedge funds are now betting whether the country will face a critical shortage before spring. The wager comes with long odds but a huge possible payout. “It’s been a relentless cold,” says Eric Bass, managing partner at Velite Benchmark Capital Management, a Houston gas hedge fund. “This market has slowly started to realise there could potentially be an inventory problem.”

Deerfield Management Discloses Stake in Post-IPO Auspex Pharmaceuticals Inc (ASPX) (Insider Monkey)
James E. Flynn‘s Deerfield Management has revealed holding shares of Auspex Pharmaceuticals Inc (NASDAQ:ASPX), a company that went public today, on February 5. Deerfield reported ownership of around 1.29 million class E preferred shares. The securities can be converted into shares of common stock on the basis of 0.222 shares of Common Stock per one unit of Preferred Stock. According to the terms of the IPO, Auspex Pharmaceuticals Inc intended to sell 6.0 million shares at a price of $12 apiece. In this way following the IPO, the preferred stock of the company will be converted and the total amount of outstanding shares amounts to around 21.53 million.

SAC Capital Insider Jury Seeks Testimony Favoring Defense (Bloomberg)
The jury in the trial of former SAC Capital Advisors LP portfolio manager Mathew Martoma ended its second day of deliberations yesterday without a verdict, after asking to review testimony supporting his claim that details of a drug trial weren’t derived from inside information. The jury of seven women and five men, in a case prosecutors have called the most lucrative insider-trading scheme charged against an individual, sent a note to U.S. District Judge Paul Gardephe yesterday seeking a transcript of testimony by Thomas Wisniewski, a defense expert witness who is a professor of neurology, pathology and psychiatry at New York University’s Langone Medical Center. 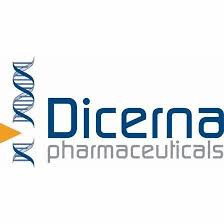