AQR Launches Diversifying Strategies Fund (Hedge Week)
AQR Capital Management (AQR) has launched the AQR Diversifying Strategies Fund, which is designed to be a single solution to gain exposure to liquid alternatives with attractive long-term risk-adjusted returns by investing in a portfolio of AQR’s alternative mutual funds. Leveraging AQR’s 20-year track record in alternative investing and position as a leader in liquid alternatives, the Fund is intended to serve as a complementary addition to an investor’s traditional stock and bond portfolio. The Fund will offer exposure to multiple alternative return sources that are independent from traditional stock and bond markets, which creates the potential to do well in various market environments.

Watch the Full Interview with Druckenmiller on Missing the Market Comeback and What He’s Betting On (CNBC)
Longtime hedge fund manager Stanley Druckenmiller had an admission to make. The billionaire investor acknowledged that the massive market rebound recently has “humbled” him. Druckenmiller said in a CNBC interview that he missed out on the comeback due to his underestimation of the Federal Reserve’s power, returning only 3% during the market’s 40% rally since the S&P 500′s March bottom.

Commvault Settles with Starboard, Adds 3 Newcomers to Board (Reuters)
(Reuters) – Data management software maker Commvault Systems Inc (CVLT.O) said on Monday it reached an agreement with Starboard Value that brings three newcomers onto the board and ends a two-month long proxy contest with the activist hedge fund. Starboard, which owns a 9.3% stake, had nominated six directors, including its founder, Jeffrey Smith, to join Commvault’s 11-member board. Todd Bradley, who had been nominated by Starboard, Allison Pickens and Arlen Shenkman are now directors while Alan Bunte, Frank Fanzilli and Daniel Pulver will leave the board, the company said. 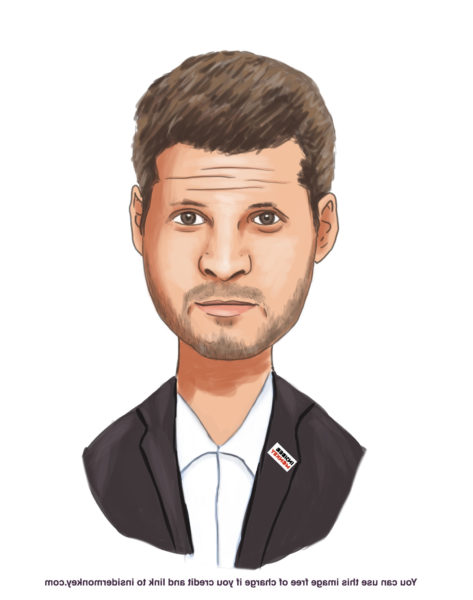 Hedge Fund Gets a Target to Cover Its Short Position (Bloomberg)
A short position covering 17% of a thinly traded company is so big it risks being impossible to close. Other investors will see you coming. Yet hedge fund Asia Research & Capital Management Ltd. is set to cover most of its mammoth bet against the U.K.’s Premier Oil Plc by buying shares at a discount to the market price. That elegant exit is being provided courtesy of Premier itself, which is creating new shares for the purpose. It’s an embarrassing way for the oil producer to make peace with its adversary.

Hedge Funds are in Unchartered Waters Right Now. Here’s How 12 Billionaires Like Ray Dalio, Ken Griffin, and Seth Klarman Survived the Last Time the World Fell Apart. (Business Insider)
Ken Griffin changed his business. Steve Cohen got back to basics. Jamie Dinan and David Tepper reexamined old investing maxims in a new light. The financial recession of 2008 led to more than a decade of low-interest rates, uneven recovery, and re-energized populist movements across the world. It was also the last time there was sustained economic disruption at the scale that is currently being experienced thanks to the coronavirus pandemic. For many hedge funds, this is the first time they’ve had to invest in this type of environment – hundreds have been launched since 2008, and industry stalwarts have closed down as well.

Falcon Edge is on a Tear (Institutional Investor)
The Tiger Grandcub is now one of the top-performing hedge funds this year. Well, that didn’t take long. After Tiger Management descendant Falcon Edge Capital Management heavily revamped its U.S. long portfolio in the first quarter, the hedge fund posted two double-digit monthly gains in a row, according to its first-quarter letter, dated June 3 and obtained by Institutional Investor.