Healthways, Inc. (NASDAQ:HWAY) announced on Thursday that it is revising its guidance downwards for 2015, citing various reasons for the guidance cut. Some of those include a slowing business development, lower than expected revenues from health plan contracts, its Ornish reversal program, and a slowing Blue Zone project. The company set new revenue expectation for 2015 at $770 million to $785 million, a significant cut from the previous guidance of $800 million to $825 million. Healthways, Inc. (NASDAQ:HWAY) reported total revenue of $742 million in 2014. Due to the guidance cut, shares of Healthways plunged in after-hours trading last night, and are currently trading down by 20% in pre-market trading this morning. 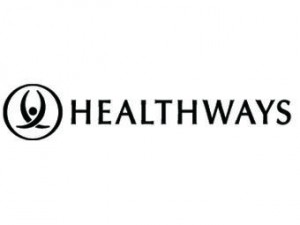 Hedge funds are generally considered by investors as under performing funds, mainly due to the fact that net returns have under performed the S&P 500 for six years. This may be due to the fact that hedge funds have little option but to invest in large-cap stocks with their vast sums of capital, even though these stocks don’t deliver the same high returns that their best smaller-cap picks typically do. So why do they take on so much capital and invest in large-cap stocks? Because the more money hedge funds are managing, the more fees they collect and the more money they make. That said, most hedge funds also put great effort into analyzing and investing in small-cap stocks, these picks are simply dwarfed in size by their large-cap selections. We monitor these small-cap investments by hedge funds and came up with a small-cap strategy based on extensive research, which has managed to return 142% since August 2012 (read the details). During the same period the S&P 500 managed to return less than 60%. Our small-cap strategy has outperformed the market by around 83 percentage points in the last 33 months. This is why we feel that hedge fund activities are important.