Has the ConocoPhillips (COP) Split Left a Cheap Oil Major?

Last year, ConocoPhillips (NYSE:COP) spun out its downstream assets last year as Phillips 66 (NYSE:PSX) in order to focus more on its exploration and production operations. In theory, spinouts such as this one not only lead to the “child” company becoming more efficient- as management does not have to concern itself with the needs of the larger organization- but also help the parent company improve as its management can focus on the core business.

In the first quarter of 2013, ConocoPhillips (NYSE:COP) experienced small declines in its revenue and in its earnings from continuing operations versus a year earlier (in line with results from many other large oil and gas companies). The stock trades at 11 times trailing earnings, and the P/E multiple that we get from reviewing analyst consensus for 2014 is the same. WTI crude oil prices are up quite a bit from a year ago, though this has mostly come from a narrowing of what had been a wide spread between WTI and Brent prices; in addition, ConocoPhillips’s adjusted earnings per share have been remarkably consistent over the last three quarters. Several large oil and gas companies offer moderate to high dividend yields, and ConocoPhillips (NYSE:COP) is among them with an annual yield of 4.2% after having increased its quarterly payments to 69 cents per share earlier this year. Of course, income investors might prefer a stock with less exposure to commodity prices but that is an attractive yield. 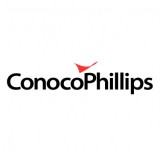 We track quarterly 13F filings from hundreds of hedge funds and other notable investors as part of our work researching investment strategies (for example, we have found that the most popular small cap stocks among hedge funds generate an average excess return of 18 percentage points per year). According to our database, Warren Buffett’s Berkshire Hathaway Inc. (NYSE:BRK.A) – which is also a major investor in Phillips 66 (NYSE:PSX)- owned more than 24 million shares of ConocoPhillips (NYSE:COP) at the end of the first quarter of 2013. Find Buffett’s favorite stocks. Donald Yacktman’s Yacktman Asset Management was another major shareholder, reporting a position of 6.6 million shares (check out Yacktman’s stock picks).

Valero Energy Corporation (VLO): Why This Refiner Is Too Cheap to Ignore

Chevron Corporation (CVX): These Are the World’s 10 Most Optimistic Countries...