What’s better than momentum? Mo’ momentum. Let’s take a closer look at five of this past week’s biggest scorchers.

Let’s start with Digital Generation Inc (NASDAQ:DGIT). The electronic content-distribution specialist soared after posting better-than-expected quarterly results, pushing the stock into the double digits for the first time since February.

Groupon Inc (NASDAQ:GRPN) also bounced back into the double digits after a pronounced dip into the single digits. The daily-deals leader came through with another profitable quarter as gross bookings in North America clocked in 30% higher.

Shares of Organovo Holdings Inc (NYSEMKT:ONVO) tumbled 26% a week earlier, after the company priced a secondary offering of 9 million shares at $4.50, well below where it was trading at the time. This week, the 3-D printing technology company that’s looking to manufacture human tissue for research purposes made back a good chunk of the prior week’s drop.

It revealed on Wednesday that it ultimately sold an additional 1.35 million shares pursuant to the overallotment option that was fully exercised by the underwriters. And why not? The deal was priced well below where the stock was trading at the time. The bad news is that the financing round results in the distribution of 10.35 million new shares. The good news is that the company raised $43.3 million in proceeds to keep its ambitious initiatives moving.

BofI Holding, Inc. (NASDAQ:BOFI) came through with a healthy 30% surge in profitability in its latest quarter, generating its sixth consecutive quarter of record results. The online banker has been able to make the most of its branch-less model to offer great rates, and customers are responding. Total assets and deposits have grown by nearly 30% over the past year.

Silver Standard Resources Inc. (USA) (NASDAQ:SSRI) was shiny after serving up an encouraging quarterly report. The silver miner did post a larger deficit than the market was expecting, but it managed to impress investors by producing 2.2 million ounces of silver during the period. Given the encouraging production at its flagship Pirquitas mine in Argentina, Silver Standard Resources Inc. (USA) (NASDAQ:SSRI) is boosting the lower end of its production range for all of 2013.

Yes, silver prices have taken a beating, but Silver Standard has been effectively shaving costs in response.

The article 5 of Last Week’s Biggest Winners originally appeared on Fool.com and is written by Rick Munarriz.

Longtime Fool contributor Rick Munarriz has no position in any stocks mentioned. The Motley Fool recommends and owns shares of BofI Holding. 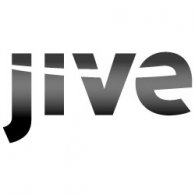