Greenhaven Associates, a large hedge fund, is managed by value investor Edgar Wachenheim. The fund recently filed its 13F, which reports on many of the long equity positions that a hedge fund or other notable investor owned at the end of the most recent quarter (in this case, the quarter ending September 30th). We track these filings and so are able to compare the positions that the fund reported to what it has reported in previous quarters. Read on to see our quick take on the five largest positions by market value reported on the Q3 13F or research previous filings by Greenhaven Associates.

Greenhaven’s favorite stock was unchanged from the beginning of July: its 4.6 million shares of FedEx Corporation (NYSE:FDX) was essentially even with what it had reported owning at the end of the second quarter. Southeastern Asset Management, managed by Mason Hawkins, is a major shareholder in the stock and had over $1 billion invested at the end of the second quarter. FedEx has been seeing concerns from the market that a global slowdown is on the way. At a trailing P/E of only 14 we can see why a value investor might like it, but we think that we would hold off for now.

The fund also continued to like Lowe’s Companies, Inc. (NYSE:LOW), reporting a position of 12.5 million shares- up very slightly from its position three months earlier. At 21 times trailing earnings, Lowe’s isn’t a pure value stock; the thesis here is that it will see good growth from a housing recovery. Wall Street analysts take this line, with their earnings estimates implying a forward P/E of 14. This places it a bit cheaper than rival Home Depot, and if an investor wants some upside from better housing demand but does not want more of a pure-play housing stock Lowe’s could be a good choice.

Wachenheim and his team sold some of their shares of 3M Co (NYSE:MMM), bringing their position down from 3.3 million shares to 3.1 million over the course of the quarter. Its P/E multiples- unsurprisingly- are in the low teens, with the market not showing much optimism towards the $61 billion market cap diversified industrial company. There is a moderate dividend yield here, at 2.7%, and the company turned flat revenue growth in the third quarter versus a year earlier into a 7% increase in net income. We think that it looks like a good value stock.

Greenhaven didn’t change its position in Baker Hughes Incorporated (NYSE:BHI) very much, but strong performance in the market- the stock was up about 10% in the third quarter, about double the S&P 500’s return- pulled it into the fund’s top five holdings by market value. The oilfield equipment and services company, which is best known for its drill bits, looks like a good value in the eyes of sell-side analysts: it trades at 12 times forward earnings estimates and a five-year PEG ratio of 0.8. However, earnings fell by more than half in the third quarter versus a year earlier. As with FedEx, we’d avoid it for now. 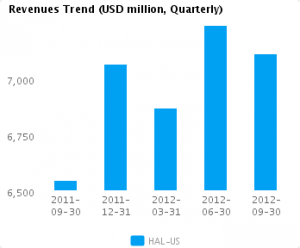 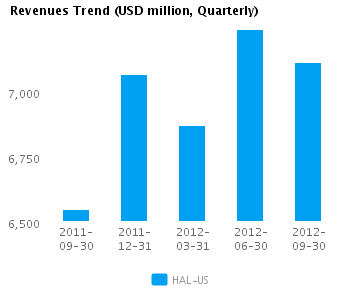