Lawrence Smith, who serves on the Board of Directors at Air Products & Chemicals, Inc. (NYSE:APD), bought 5,000 shares of the company on October 23rd at an average price of $77.36. This roughly doubled Smith’s direct holdings of the stock. Perhaps unsurprisingly, Air Products & Chemicals’ product offerings include gases such as oxygen, helium, and specialty gases as well as a variety of performance chemicals. Its market capitalization is about $16 billion, with the stock down 10% year to date following a disappointing earnings report. Company insiders should generally be reluctant to buy stock since it reduces their diversification and makes them more vulnerable to a downturn in the company’s performance. As such, in theory insider purchases should be bullish signs and studies show that on a statistical basis this is the case (read about studies on insider trading).

Air Products & Chemicals, Inc. had its fiscal year end in September 2012. Sales and earnings per share for the year were essentially unchanged from the fiscal year that had ended in September 2011, coming in within 2% of last year’s number. The company also boasted that it increased its dividend payment for the 30th year in a row it currently pays a 3.3% dividend yield. In the fourth fiscal quarter, sales and earnings per share were both up slightly. However, as we’ve mentioned, the report disappointed investors and brought the stock down. The decline has left Air Products & Chemicals trading at 14 times trailing earnings, which combined with the steady business and the decent dividend yield make it look moderately attractive to us. At a beta of 1.1, it is not particularly exposed to any downside surprises on the macro side either. Sell-side analysts expect earnings growth next year- giving the stock a forward P/E of 12- but even based off of trailing numbers and the expectation of consistent results Air Products & Chemicals, Inc. could be a good value.

Edgar Wachenheim’s Greenhaven Associates liked the stock during the second quarter, increasing its stake by 5% to a total of 3.7 million shares as of the end of June. This made it one of the fund’s top five holdings by market value (find more of Edgar Wachenheim’s favorite stocks). Diamond Hill Capital, managed by Ric Dillon, increased its own position by 7% during the same period and reported 1.8 million shares in its portfolio at the end of the second quarter (see more stocks that Diamond Hill Capital owned).

Two other large public gas companies are Airgas, Inc. (NYSE:ARG) and Praxair, Inc. (NYSE:PX). Similarly to Air Products & Chemicals, their businesses have been steady over the last year; in their most recent quarter, neither peer’s revenue or earnings had changed more than 5% versus the same period in 2011. Their earnings multiples, however, are considerably higher; they trade between 19 and 20 times trailing earnings, and 15 to 17 times forward earnings estimates. With lower dividend yields as well- very close to 2% in both cases- it looks to us like Air Products & Chemicals is a better value than these close peers.

We can also compare Air Products & Chemicals to chemical companies such as Eastman Chemical Company (NYSE:EMN) and FMC Corporation (NYSE:FMC). Considerable growth is expected at these businesses over the next year, as they trade at 9 and 13 times their respective forward earnings estimates with trailing P/E multiples in the mid to high teens. These growth expectations are shared by investors, who have driven the stock prices up over 25% in the last year despite the fact that in the second quarter both Eastman and FMC saw lower earnings than a year earlier.

Air Products & Chemicals looks like a stock to consider. It appears to be a better buy than its closest peers, and is priced about similarly to general chemicals companies on a trailing basis without the drawback of seeing its earnings decline recently. 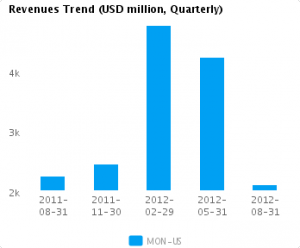 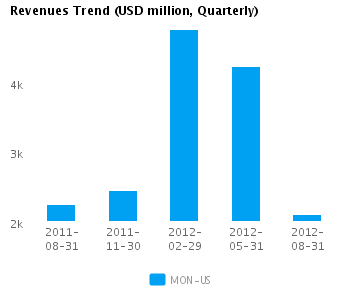