Set aside the K-Cup rack on the trophy case shelf to make room for these shiny accolades: 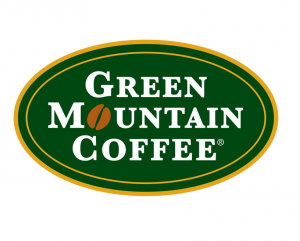 On Wednesday, it announced that its Barista Prima Coffeehouse Vanilla Latte Café — a K-Cup flavor for the Vue platform — was tapped as New Product of the Year in the hot beverage category of Automatic Merchandiser Magazine‘s 2013 Readers’ Choice Awards.

For the second year in a row, Keurig was recognized as “Brand of the Year” in the coffee maker category for the 2013 Harris Poll EquiTrend Equity Study that was revealed last week.

Also last week, Trust Across America singled out Green Mountain Coffee Roasters Inc. (NASDAQ:GMCR) among 2,000 public companies it researched as the Most Trustworthy Public Company for 2012.

The first and second awards may be surprising to those who still see Keurig as a maker of non-specialty coffee, unaware of what’s possible with the Keurig Vue platform that was introduced last year. The final award on trustworthiness may even seem like a spoof to those recalling the bearish accusations of flawed accounting at the company a couple of years ago.

The shares have more than tripled since bottoming out last summer. Worrywarts at the time feared that Starbucks Corporation (NASDAQ:SBUX) would eat into the company’s dominant market share with its espresso-centric coffee maker. There were also fears that last September’s expiration of K-Cup patents would translate into the end of growth at Green Mountain Coffee Roasters Inc. (NASDAQ:GMCR).

Starbucks’ Verismo has turned out to be a niche product within the much larger coffee maker market, and Starbucks Corporation (NASDAQ:SBUX) continues to nurture its relationship with Green Mountain as a popular provider of Keurig brews. The expiration of the two patents related to K-Cup portion packs has opened the door for third parties to explore private-label opportunities, but there’s still something to be said about working directly with Green Mountain Coffee Roasters Inc. (NASDAQ:GMCR) for optimal positioning.

Green Mountain reports financial results in two weeks, and investors will probably like what they see. Analysts see revenue and earnings climbing in the mid-teens. Yes, Green Mountain Coffee Roasters Inc. (NASDAQ:GMCR) used to grow a lot faster than that, but the post-Verismo and post-patent expiration collapse that bears were calling for failed to materialize.

Green Mountain’s still pouring it out — and collecting awards.

Starbucks Corporation (SBUX): It Wants to Be a Pop Star