Massif Capital has just released its Q1 2019 Investor Letter, a copy of which you can download here. Besides reporting about its quarterly return of 4.3%, William Thomson’s asset manager shared its views on GrafTech International Ltd. (NYSE:EAF).

Unlike Barrick, Graftech experienced a very volatile quarter because of what can only be considered poor planning by the largest shareholder, Brookfield Business Partners (BBP). BBP owns 75% of the company and has a stated interest in reducing their position and increasing the liquidity of Graftech to improve the firms trading characteristics, which to date have been very poor. BBP has sold stock historically, at the IPO price of $15 and around $21 in a secondary offering in late 2018. The secondary last year was poorly executed and resulted in a significant swoon in the stock price. In 2019, BBP’s attempted secondary offering was far worse, not only confusing the market and ourselves, by trying to sell a large block of stock at $14.23, which is below the IPO price, but also driving the stock down to $11.61, before reversing their decision.

We spoke with BBP twice in an attempt to get an understanding of their thought process and both times walked away from discussions disappointed. Our first conversation occurred before they pulled the deal and prompted us to return to our valuation for a reassessment as they stated they thought they were getting good value for their shares, despite the price being below both the IPO and the previous secondary. The second conversation, which occurred after they pulled the secondary, revealed that BBP did not believe they were getting good value for the stock but that they had been sellers due to the need to generate cash for two other investments that they were making later in 2019. In short, value agnostic selling for reasons not attributable to Graftech.

Our assessment of the company’s value and potential remains unchanged. At the same time, we worry that this aborted secondary will extend the timeline on the investment. We have trouble envisioning a scenario in which the market is not left with a bad taste in its mouth due to poorly timed and poorly communicated secondaries made by a primary owner. 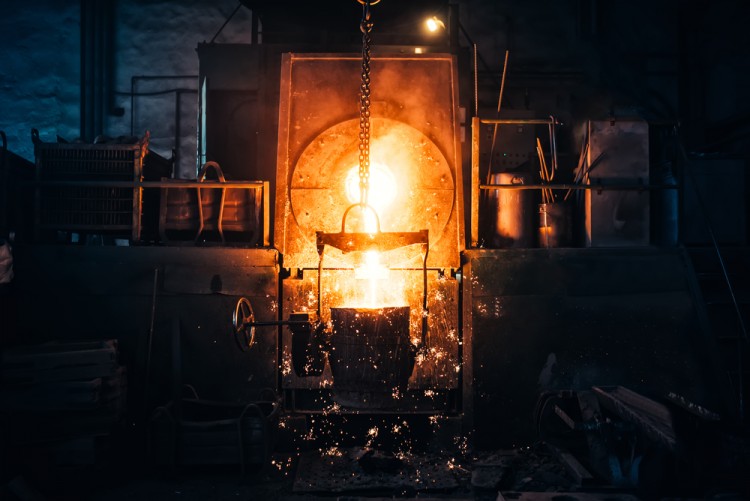 GrafTech International is a company that manufactures graphite electrodes and petroleum coke, which are basic components for the production of various metals. Year-to-date, the company stock is up 20.82%, having a closing price on April 16th of $14.04. GrafTech has a market cap of $4.10 billion, and it is trading at a price-to-earnings ratio of 4.92.

At the end of the fourth quarter, a total of 23 of the hedge funds tracked by Insider Monkey were long this stock, down by 26% from the second quarter of 2018. By comparison, there were no hedge funds with shares or bullish call options in EAF a year ago. With hedge funds’ sentiment swirling, there exists an “upper tier” of key hedge fund managers who were increasing their holdings significantly (or already accumulated large positions).

The largest stake in GrafTech International Ltd. (NYSE:EAF) was held by Goodnow Investment Group, which reported holding $24.9 million worth of stock at the end of September. It was followed by Indus Capital with a $22.8 million position. Other investors bullish on the company included Marshall Wace LLP, Cobalt Capital Management, and Gotham Asset Management. 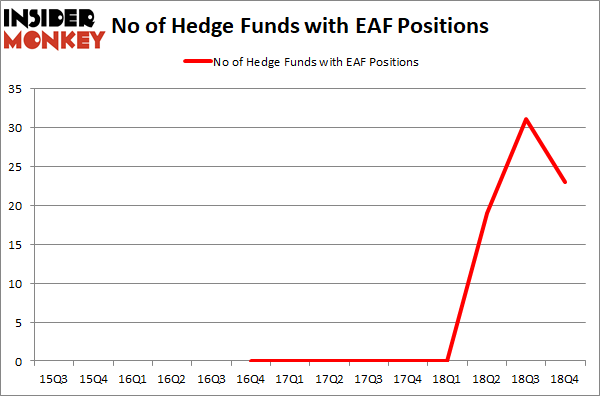