In a recent interview with CNBC, billionaire Mario Gabelli said that he liked Graco Inc. (NYSE:GGG), the maker of equipment that pumps, mixes and dispenses different fluids and semi-solids.

Since the market bottom in 2009, Graco Inc. (NYSE:GGG) has advanced significantly, from around $14.50 per share to more than $67.10 per share at the time of writing. At the end of June, the company was also upgraded by Goldman Sachs, from Sell to Neutral, with the target price increasing from $60 to $68 per share. Should investors buy Graco Inc. (NYSE:GGG) now? Let’s find out.

A cash cow with a reasonable amount of leverage

Graco Inc. (NYSE:GGG) operates in three main business segments: Industrial, Contractor and Lubrication. Most of its revenue, $603.4 million, or more than 60% of the total net sales, were generated from the Industrial segment, pumps sold to factories, while the Contractor and the Lubrication segment contributed nearly $300 million and $110.2 million, respectively, in 2012 revenue. The Industrial segment was also the biggest earnings contributor, with $186.1 million, accounting for 82.8% of the total earnings.

In the past four years, Graco Inc. (NYSE:GGG) has managed to deliver consistent growth both in its top line and bottom line. Its revenue rose from $579 million in 2009 to more than $1 billion in 2012 while the net income increased from $49 million to $149 million during the same period. What makes me interested into Graco Inc. (NYSE:GGG) is its cash flow generating ability. In the past ten years, its operating cash flow has fluctuated in the range of $101 million to $190 million while the free cash flow stayed in the range of $94 million to $171 million. Trailing twelve months, the operating cash flow and the free cash flow came in at $205 million and $190 million, respectively.

The company employed a reasonable amount of leverage in its operations. As of March 2013, it had $507 million in equity, $463 million in cash and investments, and nearly $530 million in debt. The goodwill and intangible assets came in at only $320 million. At $67.10 per share, Graco is worth $4.1 billion on the market. The market values Graco at 13.36 times its trailing EBITDA (earnings before interest, taxes, depreciation and amortization).

Compared to its peers including Colfax Corp (NYSE:CFX) and IDEX Corporation (NYSE:IEX), Graco does not seem to be extremely expensive.

Colfax Corp (NYSE:CFX) is trading at $51 per share, with the total market cap of more than $4.8 billion.

The market values Colfax Corp (NYSE:CFX) at a higher valuation than Graco, at 13.6 times its trailing EBITDA. Colfax Corp (NYSE:CFX) is considered a global industrial manufacturing and engineering company, with more than 50% of its total revenue coming from the Fabrication Technology segment. Looking forward, Colfax Corp (NYSE:CFX) expected to experience aggressive execution of business restructuring including manufacturing consolidation, SG&A savings and corporate office consolidation. The company estimated to accelerate its growth via acquisition, with mid-teens operating margins. The free cash flow was targeted to be consistently higher than the net income. 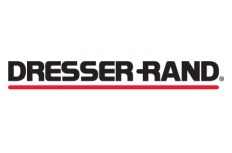