Google Inc (NASDAQ:GOOG)‘s Chromebooks haven’t exactly taken the computing world by storm.  According to Digitimes about 500,000 Chromebooks have been sold since they went on the market 21 months ago. In contrast, Apple Inc. (NASDAQ:AAPL) sold about 5.5 million Macs (mostly laptops) and Hewlett-Packard Company (NYSE:HPQ) sold about 8 million laptops in their most recent quarters.  With Google Inc (NASDAQ:GOOG)’s Chromebook Pixel, Google’s Chrome OS may rise to challenge even mighty Microsoft Corporation (NASDAQ:MSFT) for a significant share of the Intel-based personal computer market. 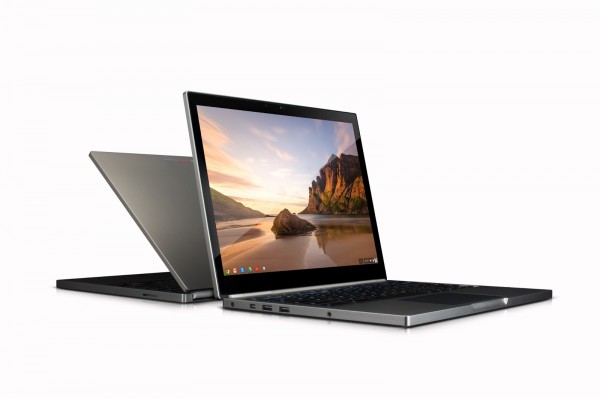 Even if the Chromebook wasn’t for everyone, the value proposition at least was easy to understand: for about $250 you could own a portable Internet appliance to check email, browse the web and use web apps.  Now comes Chromebook Pixel, Google Inc (NASDAQ:GOOG)’s latest Chromebook and the first to run on an Intel Core processor.  Reviews of the Pixel have generally been favorable, except in one respect: its price.

Reviewers keep returning to the same point over and over: why would you spend $1299-$1449 for a Chromebook when you could buy a MacBook Pro or touch-enabled Windows 8 Ultrabook for about the same price. These alternatives, they argue, can do everything that Pixel can do, as well as run native apps and games. Despite the premium fittings, to these reviewers the Chromebook Pixel is still just an Internet appliance.

The reviewers have a point, and I think for the near term most consumers will be put off by the price.  Not that Google is making any money on the Pixel.  I doubt that they are. Given the limited production runs and expensive components such as the ultra-high resolution (2560 x 1700 pixel) touchscreen,  Google Inc (NASDAQ:GOOG) probably won’t be able to amortize the hardware engineering costs over the commercial life of the Pixel.  So why did they do it?  Because Google’s management is thinking ahead.  Way ahead.

The future according to Google

In the bright shiny Google future, everyone’s device is always on, always connected.  All apps have become web apps, but they don’t look like the clunky web apps of today.  These future web apps launch in their own windows, just like the “native apps” on a Windows or Mac OS PC.  And these apps won’t even need Internet connectivity, because they’ll run even if the device by some chance becomes disconnected.  Most importantly, these web apps of the future won’t surrender much, if any, performance advantage to the traditional “native apps” of today. Is this just science fiction?  No, most of this future is already here.

Google Inc (NASDAQ:GOOG)’s fundamental business problem in trying to field an OS to compete with Microsoft Windows and Apple Inc. (NASDAQ:AAPL) Mac OS is the problem of apps.  Google had no ready community of app developers, unlike Windows and Mac OS.  Here, Google borrowed from its Android playbook: rather than nurture a new community of developers from scratch, tap into an existing community instead.  For Android it was Java developers, so that all Android apps start out as Java apps.  For Chrome OS, the existing community of Web developers serves as the basis for Chrome app development.  And if you believe that all apps will eventually be web apps, why go to the expense of deploying the tools for developing native apps?

The answer, of course, is that Google’s competitors still deploy native apps, and these will often execute faster and more efficiently, especially for games, which are a big part of the app business.  If Chrome OS was to be truly competitive, then it would have to overcome the inherent limitations of today’s web apps.