Being acquired by Google Inc (NASDAQ:GOOGL) may be one of the options Spotify is looking at as the company continues to try and grow its business amid rising competition from other services.

That’s according to Alex Sherman of Bloomberg who spoke on a segment of In The Loop.

“That’s the main question for Spotify. What is the growth from now when you throw in this bunch of these new competitors onto that? And also, is their path [going towards an] IPO, which is what a lot of people assume at this stage particularly at an $8.5 billion valuation? Or does it make much more sense for them to sell to a large tech company?” Sherman tells colleague Matt Miller.

Miller notes that Spotify has had “pretty impressive” subscriber growth. Earlier this year, the company said that they have 15 million subscribers and 60 million active listeners, he adds.

Compare that to 10 million subscribers and 40 million active listeners in May 2014, Sherman points out, and you get about 50% growth in about 7 months. 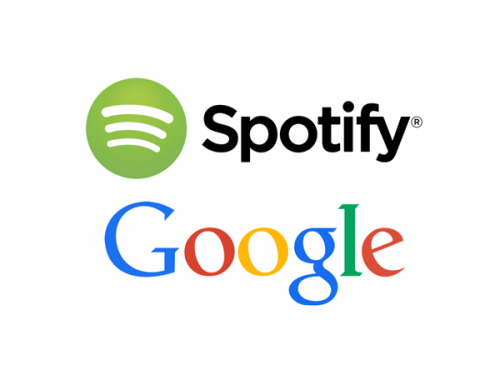 This may be the reason why Google Inc (NASDAQ:GOOGL) could be interested in Spotify. Noteworthy is the technology giant’s interests in music. Its latest move to gain ground in the space is to devote a section of its video streaming site YouTube to music videos.

“If Google, for instance, can’t really get into the business of streaming music, does it make sense for Google to shell out $10 [to] $14 billion to buy Spotify? We have heard […] let’s say the past 12 months or so, that Google and Spotify has had at least some preliminary conversations at the highest levels for [mergers and acquisitions] activity,” Sherman says.

Nonetheless, the success of Spotify may also be the reason why its talks with Google Inc (NASDAQ:GOOGL) has petered out.

Sherman notes that Spotify’s valuation, which was at about $5 billion in 2014, has increased to about $8.5 billion. The valuation has been updated on the news that Spotify is raising money at that certain valuation.

Google Inc (NASDAQ:GOOGL), if it decides to pursue Spotify again, will of course have the weight of spending more money to buy the company to consider in making their decision.