At Insider Monkey we track billionaires to unveil where the big money is heading. These skilled money managers didn’t get to be where they are purely out of chance. Their investment acumen helped them spot the right opportunities in the market at the right time, even if that meant assuming some risks sometimes. As the latest round of 13F filings has ended, we have analyzed the data from more than 700 funds from our database and identified the top picks of a total of 59 billionaires, which included Actavis plc (NYSE:ACT), Citigroup Inc (NYSE:C), Google Inc (NASDAQ:GOOGL), eBay Inc (NASDAQ:EBAY), and Baidu Inc (ADR) (NASDAQ:BIDU). 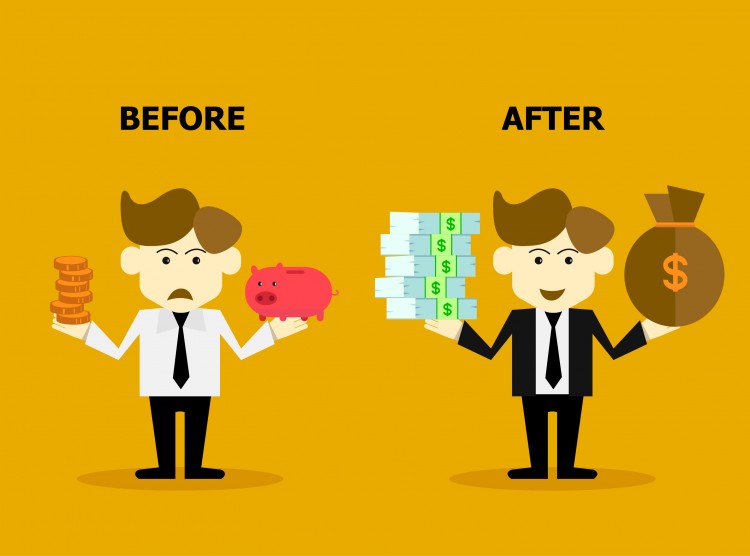 We follow hedge funds because our research has shown that their stock picks historically managed to generate alpha even though the filings are 45 days delayed. We used a 60-day delay in our back tests to be on the safe side. Our research has shown that the 15 most popular small-cap stocks among hedge funds outperformed the S&P 500 Total Return Index by an average of 95 basis points per month between 1999 and 2012. After adjusting for risk, our calculations revealed that these stocks’ monthly alpha was 80 basis points. We have also been sharing and tracking the performance of these stocks since the end of August 2012. These stocks returned 132% over the last 2.5 years, outperforming the S&P 500 ETF by nearly 80 percentage points (see more details here).

The number of billionaires holding Actavis plc (NYSE:ACT) in their equity portfolios increased to 26 from 18 during the first three months of 2015, while the aggregate value of their positions went up to $10.52 billion from  $6.20 billion at the end of the fourth quarter. Andreas Halvorsen of Viking Global and Dan Loeb of Third Point are among these billionaires, holding 6.11 million shares valued at $1.82 billion  and 3.58 million shares worth $1.06 billion respectively. The $118.26 billion healthcare company also had other hedge funds pouring into it in the first quarter as it displaced Apple Inc. (NASDAQ:AAPL) from the top spot in terms of popularity among funds. Actavis plc (NYSE:ACT) delivered a big earnings surprise in its latest financial results despite international revenues declining by 14% on the year owing to currency headwinds and divestitures of European assets in 2014. However, the hike in revenues from North American Brands and North American Generics segments more than made up for the losses.

Despite trading almost sideways on a year-to-date basis, Citigroup Inc (NYSE:C) also saw an increase in capital inflow from billionaires to 18 managers with stakes worth $2.99 billion in aggregate at the end of March, as compared to 14 billionaires with $3.26 billion a quarter earlier. Ken Fisher‘s Fisher Asset Management is one of the top shareholders of Citigroup Inc (NYSE:C) with some 11.69 million shares valued at $602.35 million. As the banking giant continues to streamline its operations, it recently sold off its Margin FX business to the online foreign exchange market broker, FXCM Inc. and Denmark-based investment bank, Saxo Bank.

A total of 17 billionaires held $2.66 billion worth of Google Inc (NASDAQ:GOOGL)’s class A stock in their funds’ portfolios by the end of the first three months as compared to 13 billionaires with $2.96 billion at the end of last year. Although down by about 3.2% over the year, Google Inc (NASDAQ:GOOGL) has appreciated by nearly 2.9% year-to-date. The search giant has decided to take a swing at the online payments industry and is planning to integrate buy buttons on its site, which would make purchases much easier. The orders will be fulfilled by third-party stores. Billionaire Mason Hawkins’ Southeastern Capital Management initiated a stake in Google Inc (NASDAQ:GOOGL) during the first quarter with about 913.51 million shares valued at $500.60 million.

eBay Inc (NASDAQ:EBAY) occupied the fourth spot as 17 billionaires had invested $7.29 billion in the company by the end of March, up from 16 funds with $6.73 billion at the end of the last year. eBay Inc (NASDAQ:EBAY)’s stock has risen by nearly 5% so far this year. The $71.89 billion technology company is going to test a new ad unit called Promoted Listings next month. This will enable sellers to purchase premium positioning in search results by bidding 1% to 20% of a product’s final sale price. Under this system, sellers will only be charged by eBay Inc (NASDAQ:EBAY) if an adclick leads to a sale. Notorious billionaire activist investor Carl Icahn’s Icahn Capital holds about 46.27 million shares of eBay Inc (NASDAQ:EBAY) valued at $2.67 billion.