The finance industry plays a crucial role in the business hemisphere by providing financial services to commercial and retail clients. The finance industry, especially banking, is in a transformative stage after the financial crisis of 2008/2009, with its primary focus on profitability. The introduction of internet wallets is likely to affect the retail banking industry as it imposes a challenge to innovate new consumer-friendly banking options. At Insider Monkey, we track more than 700 hedge funds and analyze their stock holdings in different sectors. It allows us to identify the most popular stock choices in every industry and this information is crucial for professional and retail investors alike. As per our analysis of the recent 13F filings, Citigroup Inc (NYSE:C), American International Group Inc (NYSE:AIG), Bank of America Corp (NYSE:BAC), JPMorgan Chase & Co. (NYSE:JPM), and Citizens Financial Group Inc (NYSE:CFG) are the top five finance sector stock choices of the investment firms we track in our database. 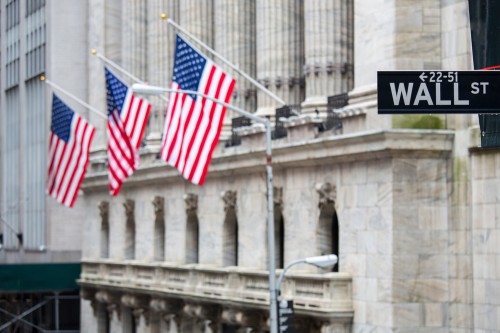 Citigroup Inc (NYSE:C) is planning to sell its consumer banking units in Panama and Costa Rica, with Canada’s Bank of Nova Scotia (NYSE:BNS) being the primary bidder for these units. The deal is likely to total around $1.1 billion and Bank of Nova Scotia is conducting the necessary diligence for the transaction. In light of its recent deals and talks with different banks, Citigroup Inc (NYSE:C) appears to be streamlining its businesses. It was in talks with Banco Popular Espanol SA, a Spanish banking company, for the sale of its Central American retail business units earlier this year but a deal could not be reached. Jean-Marie Eveillard‘s First Eagle Capital Management holds a large stake in Citigroup Inc that includes 26.35 million shares valued at $1.36 billion.

American International Group Inc (NYSE:AIG) comes in at number two in the list of most popular finance stocks for the filing period of March 31. Out of 730 hedge funds tracked by Insider Monkey, 101 hold positions in the American insurance company, with net investments totaling $10.65 billion. These figures are lower in comparison to the previous filing period when 116 hedge funds had invested in the insurance company with an aggregate investment amount of $11.65 billion. In a recent announcement made by American International Group Inc (NYSE:AIG), the company has acquired a controlling stake in ING Employee Benefits Global Network for an undisclosed amount. AIG has renamed the employee benefits network, which is involved in providing administrative and marketing services to insurance companies that cover multinational employers, to AIG Global Benefits Network. The insurance company has attracted investments from firms such as Paulson & Co and Richard Perry‘s Perry Capital.