You don’t become the dominant search engine in the world without picking up a few enemies along the way. That’s why there’s an organization whose sole purpose is to bash Google Inc (NASDAQ:GOOG) — an organization that’s comprised and funded by many of its fiercest competitors. 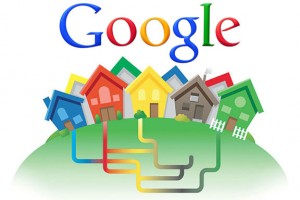 FairSearch masquerades as a consumer watchdog, advocating for — you guessed it — fair search practices and innovation. However, it’s pretty clear that FairSearch’s primary objective is to hinder Google Inc (NASDAQ:GOOG) in every imaginable way, which in turn would inevitably benefit the rivals who foot FairSearch’s bills.

The group was initially formed in 2010 by a handful of travel companies looking to defend themselves from Google stepping on their toes by adding flight-booking tools to its site. The search giant had just acquired flight information specialist ITA Software for $700 million, much to the chagrin of these companies.

There are 17 companies and organizations that are listed as members. Here are the more prominent names.

The most recent attack was a complaint with the European Commission over the bundling of Google Inc (NASDAQ:GOOG) apps in Android. The group calls Google’s distribution strategy “predatory” since it’s technically free, which makes it difficult for other operating system providers to compete.

Of course, Microsoft is likely spearheading this move, since it hopes to charge license fees for Windows Phone, despite the fact that Microsoft gets its fair share of Android-related royalties. To the extent that Microsoft’s ability to compete in mobile is hurt, so is Nokia’s as the dominant maker of Windows Phones.

Oracle has also had its fair share of battles with Google, including its high-profile lawsuit over Android. Google has also been moving further into enterprise software. That’s currently more of a direct threat toward Microsoft’s enterprise offerings, but it still likely makes Oracle uncomfortable. Oracle and Nokia are among the newest members, joining last September.

FairSearch features a presentation on its site that includes out-of-context quotes from current and former Google Inc (NASDAQ:GOOG) execs, including Marissa Mayer, who has since moved to Yahoo! Inc. (NASDAQ:YHOO), that seemingly undermine its famous “Don’t Be Evil” motto while displaying the inherent conflicts of interest that Google faces.

On one hand, any company that wields as much power as Google definitely needs oversight. On the other hand, that oversight shouldn’t be originating from Google’s biggest competitors who have every interest in seeing it fail.

As one of the most dominant Internet companies ever, Google Inc (NASDAQ:GOOG) has made a habit of driving strong returns for its shareholders. However, like many other web companies, it’s also struggling to adapt to an increasingly mobile world. Despite gaining an enviable lead with its Android operating system, the market isn’t sold. That’s why it’s more important than ever to understand each piece of Google’s sprawling empire. In The Motley Fool’s new premium research report on Google, we break down the risks and potential rewards for Google investors. Simply click here now to unlock your copy of this invaluable resource.