Google Inc (GOOG): The Next Two Earnings Reports Will Be Crucial For Glass 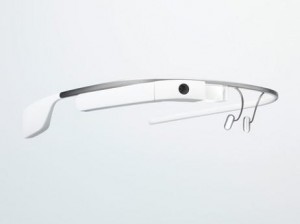 Whenever Google Inc (NASDAQ:GOOG) mentions it’s developing something new, people assume that it will sweep the world and we’ll all be using it in the near future. We can be forgiven as an always plugged-in society for wanting the next generation of whatever gadget we have, and Google Inc (NASDAQ:GOOG) has been more than happy to satisfy that craving.

This is Google’s aim with its new product, the Google Glass, which will put the power of Google Inc (NASDAQ:GOOG)’s computing software in your eyes as you go about your day. Ordinarily I’d hit the “Share” button on Facebook Inc (NASDAQ:FB) to spread the news of this advance in technology, but this one actually has me thinking:  has Google Inc (NASDAQ:GOOG) finally gone off the deep end?

According to Google’s website, the Glass is meant for you to do anything you can do on your phone but instead on a special pair of glasses with a screen in the corner showing the wearer what he’s doing. It’s activated by saying “OK glass,” and then making a command such as “take a picture,” or “what’s hello in Japanese?”

At face value, it seems like a copy of the Voice Search software released last year but in glasses rather than directly on a phone. Google Inc (NASDAQ:GOOG)’s tutorial shows users doing a wide range of activities with the glasses, ranging from blowing out birthday candles to skydiving, in an effort to show that the glasses are not only for everybody but can go places phones can’t — its key selling point.

A less-biased demonstration came on CNBC courtesy of Mashable editor-in-chief Lance Ulanoff. He gave a live demonstration that mostly shows what Google wants viewers to know about the product. To turn Google Glass off and on, you could tap the glasses or nod your head. Automatically my thoughts turned to a future of being on a subway and seeing everybody on the train acting like bobble-head dolls trying to turn their phones on and off, or wildly thumping their glasses.

This is a recurring problem I’ve noticed with new technological advances, such as voice commands for phones (like Apple Inc. (NASDAQ:AAPL)’s Siri), and motion control for video games (Microsoft Corporation (NASDAQ:MSFT)’s Kinect). When everything is on point, it’s awesome, but when it’s even a little off, the user looks ridiculous. I can see this problem with the Glass as well: when it works, it’s a brilliant device, but it comes with wearing very visible hardware and requires head-jerking movements to get it to function.

What came to mind after learning of this new Google Inc (NASDAQ:GOOG) product was not the long list of Google’s successes, like Google Drive and the Android. Instead, it was the list of other devices and companies that were to be considered “the future” but became nothing more than recurring punch lines. One example is Sirius XM Radio Inc (NASDAQ:SIRI)‘s satellite offering, which was supposed to be the next big thing in radio in 2001. You can listen to any radio station in a specific genre from sports to music to news wherever you are. It never lived up to the billing, and certainly never grew big enough for two market players, Sirius and XM, fighting over a shrinking number of customers. The two were forced to merge to save face, and Sirius XM Radio Inc (NASDAQ:SIRI)’ stock, once peaking at $60 per share, plunged to $0.05 per share, before rebounding after 2009 to around $3.14 per share more recently.

The idea of a portable satellite radio sounded revolutionary, but in the era of compatibility having a bulky device in addition to your phone and (later) your music player made little sense. This is why Sirius XM Radio Inc (NASDAQ:SIRI) isn’t a bad investment for those looking for a nice cheap stock with upward forecasts, but there won’t be people beating a path to the door to buy it, either.

It’s now even tougher for satellite radio to compete with companies like Pandora Media Inc (NYSE:P) that not only offer their services for free, but are able to sell ad space as well. Sirius is projected to hit over 25 million subscribers by the end of 2013, which is decent enough for news services on the go, but it’s no match for more than 200 million Pandora subscribers. With news now moving to apps and tablet devices, Sirius XM Radio Inc (NASDAQ:SIRI) has to find another niche to maintain any sort of relevancy (if it has any left).