Google Inc (NASDAQ:GOOG) fans who use Apple Inc. (NASDAQ:AAPL)‘s iPhone have to be ecstatic that the company released a bevy of iOS 6 apps two weeks ago. The most notable of the bunch was obviously Maps, but Google has also released stand-alone apps for Plus, Chrome, Earth, Translate, Drive, YouTube, Gmail, Shopper, Voice, and Authenticator.

First reported by 9to5Mac, Google Inc (NASDAQ:GOOG) is also recruiting developers to work on iOS-specific apps. The company is promoting ads with the tag line “Do cool things that matter,” which 9to5 says implies that it’s “almost as if Apple’s set of apps doesn’t bring any benefit to iOS users.”

Upon clicking on the ad banner, prospective employees are taken to a page with a Q&A style interview transcript from Ken Bongort, a member of the Google Search App team. On the subject of development for Apple Inc. (NASDAQ:AAPL)’s iOS within Google’s walls, Bongort shared that “people think Android is the only mobile platform that we support,” adding “we actually have a ton of in-house iOS teams, building apps for everything from Search to YouTube to Chrome to Maps.”

Interestingly, it appears that these developers aren’t afraid of designing apps that are better than those used on Google Inc (NASDAQ:GOOG)’s Android OS at the moment. Don’t believe it? Here’s what Bongort had to say (emphasis added):

“People have misconception that we just copy and paste existing Google products to the iOS platform. But we have a lot of freedom and try to innovate beyond anything that Google’s done so far. We are always working on ideas to push the envelope on mobile search, and we collaborate closely with Google Web Search engineers to implement new features. Sometimes our innovations inspire other teams at Google. Last fall, we redesigned our app for the iPad, and now we’re working closely with the Chrome for iOS team to improve the search experience in their app.”

As AllThingsD points out, Google Inc (NASDAQ:GOOG) “Maps is better in most respects on the iPhone than it is on Android phones,” and that even “Google officials [themselves] say they took the sudden need to build a new iPhone version as an opportunity to rethink the popular app from the ground up.”

But that’s not all; have you seen Google’s latest video ad about its iOS 6-enabled Google Search with voice? 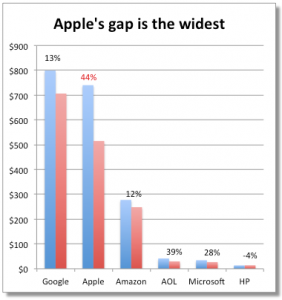 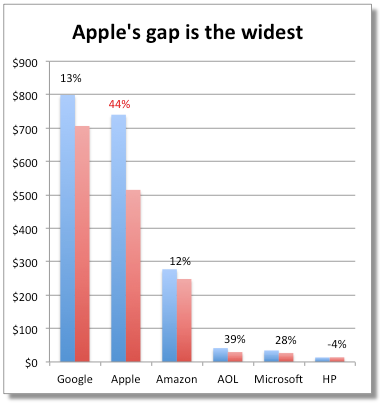