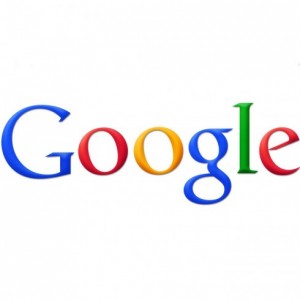 The maddest of the mad scientists would get to live on Larry Page’s Island. How cool is that? I would pay good money to see live feeds of theoreticals going head to head with experimentals, physicists vs. the dirt people (as Big Bang Theory’s Dr. Sheldon Cooper calls geologists). Better than Real Housewives.

I quite admire Page for having the courage to dream a little, naked in front of the world, so to speak. What he proposes is basically a giant lab experiment, saying, “We should have some safe places where we can try out new things and figure out the effect on society. What’s the effect on people, without having to deploy it to the whole world.”

All the greats had dreams that people sniggered at, if not worse. Disney, Ford, Tesla—the man, not the machine—were all dreamers. Being an early investor in a game changer, a disruptor, a first-mover; that’s what investors dream of.

What companies have the brainpower to populate a Big Bang Island and change the world?

For sheer number of US patents awarded the most innovative company in the world is International Business Machines Corp. (NYSE:IBM) according to IFI Claims Patent Services with 6478 patents ranking IBM number one for two decades.

Since 1911 International Business Machines Corp. (NYSE:IBM)’s motto has been “THINK.” The corporate culture at Big Blue changed from its buttondown image of the last century to a leader in software services and also one of the greenest and best companies to work for in the US. It’s not the playground that Google Inc (NASDAQ:GOOG) is as a Fortune Best Company to Work For but it’s up there.

Their supercomputer Watson, most famous for Jeopardy!, is being put to work in healthcare, most notably at Memorial Sloan Kettering’s oncology department helping with diagnosis. International Business Machines Corp. (NYSE:IBM) eventually hopes Watson will become the become doctor’s best friend as it’s getting increasingly difficult for physicians to keep up with the sheer volume of medical journals.

Above $200 IBM is not terribly overvalued as the PEG is only 1.17 and the trailing P/E is 14.37 and forward P/E at 11.36. IBM offers a 1.90% yield. Although the stock had a big run the last few years it’s underperforming the S&P 500 this year, only up 5%. This is also one of Warren Buffett’s core holdings despite his well-publicized disdain for tech saying, “Beware of geeks bearing formulas.”

Fast Company came out with a list of Most Innovative Companies for 2013, but so many of their top ten weren’t game changers in the sense of societal sea change. I looked at their healthcare winners and guess who showed up? General Electric Company (NYSE:GE). It also showed up in the top ten list of patent recipients with 1652 patents with a heavy representation for GE in energy and alternative energy.

General Electric Company (NYSE:GE) is a pioneer in wind energy and a big player in, as CEO Jeffrey Immelt calls it, “the shale gas revolution.” It’s also revolutionizing rail travel with Rail Optimizations Solutions that help the railroads save money by increasing energy efficiency.

General Electric Company (NYSE:GE) is the largest conglomerate in the US with interests in energy, finance, healthcare, aviation, infrastructure, and appliances, and covers over 160 countries. GE is a game-changer (and a well-diversified one and done stock), especially in healthcare with the surgical robots it’s developing with the VA and its portfolio of imaging and diagnostic equipment.