Google Inc (GOOG) Failed To Deliver This Announcement. Does It Matter?

Yesterday, during Google Inc (NASDAQ:GOOG)‘s opening keynote at its I/O developer conference, it seemed that the search giant unveiled everything under the sun. We’re talking about a new cross-platform social gaming service, a unified cloud messaging platform, a Samsung Galaxy S4 running stock Android, a new streaming music service, a revamped Google Inc (NASDAQ:GOOG) Maps interface, a push into education, and much more.

However, there was one incredibly important announcement that some investors were expecting, but was notably absent as the keynote ended. There was no new Nexus 7. 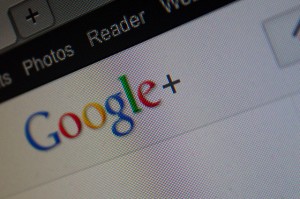 Rumors have been leaking for months that Google Inc (NASDAQ:GOOG) was preparing to launch a second-generation of its flagship 7-inch tablet to follow up the success of the first-generation model. The popularity of that device has helped propel manufacturer ASUS to the No. 3 spot in the tablet market, behind Apple Inc. (NASDAQ:AAPL) and Samsung but overtaking Amazon.com, Inc. (NASDAQ:AMZN) and its Kindle Fire.

Not all of those 2.7 million units were Nexus 7 devices, but it’s safe to say that the vast majority of them are. Before the Nexus 7, ASUS was having trouble topping 1 million in quarterly tablet units. Now it has no problem shipping well over 2 million per quarter.

The Nexus 7 is approaching its first birthday, which means it’s about time for a product cycle refresh. That’s particularly important considering that Apple Inc. (NASDAQ:AAPL) just recently got into the small-sized tablet segment with the iPad Mini, and Amazon is likely preparing to launch third-generation Kindle Fires in September if the e-tailer sticks to the same 1-year cycle. Apple is priced at a premium $329 and putting on pressure from above, while Amazon.com, Inc. (NASDAQ:AMZN) will probably hold its ground at $199.

It appears that Chrome and Android chief Sundar Pichai wasn’t just playing coy when he shot down the idea of major product launches this week — he was just being honest. The Nexus 7 is beginning to age. Google Inc (NASDAQ:GOOG) needs to refresh the small tablet within the next couple of months to maintain momentum in that market.

The article The Most Important Thing Missing From Google’s Announcements originally appeared on Fool.com and is written by Evan Niu, CFA.