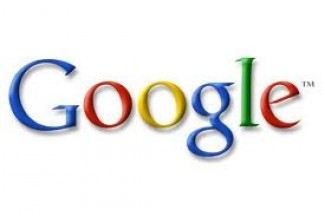 Google Inc. (NASDAQ:GOOG) has made it pretty clear that it has been aiming to take its share of the tech market away from Apple Inc. (NASDAQ:AAPL), and it has had been involved in a number of legal battles over patents. Microsoft Corporation (NASDAQ:MSFT), meanwhile, has been a competitor of Apple Inc. (AAPL) for nearly 30 years, developing its own brand of software and services that have made a significant impact in the enterprise space and created a loyal consumer base.

However, Google Inc. (NASDAQ:GOOG) executive Eric Schmidt did an interview with a tech blog site recently and placed his company in a “Gang of Four” with Apple Inc. (NASDAQ:AAPL), Amazon.com Inc. (NASDAQ:AMZN) and Facebook Inc. (NASDAQ:FB). So where is Microsoft Corporation (NASDAQ:MSFT) in the conversation? “It’s a well-run company,” he said, “but they don’t make state-of-the-art products.”

In other words, that is a no, it does not belong with the other four. How come? According to Schmidt, it’s because Microsoft Corporation (NASDAQ:MSFT) has been late to the innovation party in many areas – which likely includes mobile operating systems and Web search, among others.

Meanwhile, Newman suggests that Google Inc. (NASDAQ:GOOG) may be lacking a vision, with failres of Google TV and a seemingly disjointed Chrome OS for tablets and Android for smartphones. And Newman says because of that, blowing off Microsoft Corporation (MSFT) may be a bit premature as we enter a new era of mobile computing. But Schmidt’s bravado is interesting, and how investors in both Google Inc. (NASDAQ:GOOG) and Microsoft Corporation (NASDAQ:MSFT) – like billionaire fund managers Julian Robertson of Tiger Management and David Einhorn of Greenlight Capital – will perceive his comments might be interesting. What do you think? Do you agree with Schmidt or not?