A new battle has erupted in the mobile world of smartphones and tablets – the battle of the instant messaging apps.

Research firm Informa recently estimated that across the world, 19.1 billion mobile instant messages were sent daily in 2012, compared to 17.6 billion traditional SMS messages. This indicates that old SMS functions are losing their technological relevance as users with Internet data plans opt to send free messages, instead of signing up for restrictive SMS texting plans. Informa projects that these chat app messages will rise to 41 billion delivered daily by the end of 2013, compared to 19.5 billion SMS messages. 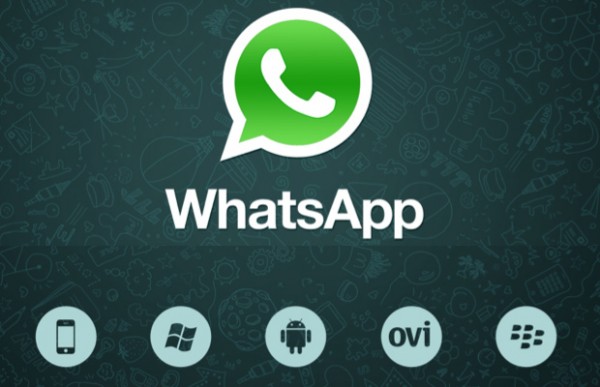 This indicates that chat apps such as WhatsApp, Skype, Viber, Tencent‘s WeChat and LINE will eventually replace SMS text messaging, and with the addition of VoIP (voice over IP) functions, they are also replacing traditional phone calls as network speeds improve. This paradigm shift not only impacts telecom providers, but also changes the game for major tech companies such as Facebook Inc (NASDAQ:FB), Google Inc (NASDAQ:GOOG), Apple Inc. (NASDAQ:AAPL), and Microsoft Corporation (NASDAQ:MSFT).

All of these apps, except for WhatsApp and Facebook Inc (NASDAQ:FB) Messenger, offer voice calls. WhatsApp is notably limited to text chats with photo and video sharing. Facebook Messenger, which released its app in response to the flood of chat apps, only offers voice calls in select markets.

All three Asian apps use emoji (object emoticons) and stickers (large collectable pictures) extensively. In addition, they also develop mobile games that are directly integrated into the chat platforms. LINE has even launched its own line of cartoon characters with their own show and toys, which are popular throughout Asia. WeChat also announced that it was releasing a mobile wallet, similar to eBay’s PayPal, later this year.

Yet these ambitious companies are only the tip of the iceberg. There are plenty more chat apps out there and being developed by smaller companies, looking to cash in on the growing market. What does this budding market mean for the tech industry?

The death of traditional email

With the arrival of Facebook, traditional email became increasingly outdated. The whole act of sending emails was cumbersome in comparison to the streamlined nature of Facebook messages, which added the ability to attach files to messages. It felt even more unnecessary on a mobile platform, when traditional email messages would be delivered along with social networking, SMS and chat app messages.

In other words, traditional back-and-forth emails were being displaced by “mobile conversations.” This is a fact that Google Inc (NASDAQ:GOOG) attempted to address with its newest revamp of Gmail, which made its email experience more closely resemble a Facebook conversation. Yet that change only addresses cosmetic problems, and not fundamental ones.

In five years, it’s doubtful that people will really need multiple email accounts, SMS messaging, a Facebook account and chat apps all running on a single smartphone. That’s why I believe that traditional email will become increasingly irrelevant, absorbed by social networking or conversational chat apps.

Impact on other companies

Facebook and Google Inc (NASDAQ:GOOG), which are both intent on entangling Internet users in their large social webs, need to realize that these chat apps represent a significant threat in social media. WeChat, China’s most popular chat app, already has 400 million users, more than Twitter’s 300 million. What’s more, Asian chat apps also have timeline features within their apps for users to share status updates, photos and videos. When combined with their integrated mobile games that are flooding the market, the threat becomes clear – mobile rivals to Facebook that were built from the ground up to be used on smartphones and tablets.