May 22 will mark the one year anniversary of Google Inc (NASDAQ:GOOG)‘s purchase of Motorola Mobility for approximately $12.5 billion in cash. Already we’re beginning to hear rumbles in the business/tech media that Google paid too much for Motorola. In this article, I’ll discuss Motorola’s value to Google Inc (NASDAQ:GOOG), its continuing problems, and the path forward.

A mobile phone business for free

At the time the acquisition was announced, this observation was offered by analysts at Frost & Sullivan and quoted in the Economist:

“Using one of the industry’s recent patent auctions as a baseline, in December of 2010, Novell sold off its portfolio of 882 patents for $450 Million. A simple division calculation leads us to a value of $510,204.08 per patent. Why not round that figure off you ask? Well, let’s look at the patent value of the Motorola acquisition.

Forgetting that Motorola also makes mobile phones, let’s say the entire value of the acquisition was in their 24,500 patents and applications. At a $12.5 billion price tag, that equates to…drum roll please…$510,204.08 per patent. Can anyone guess what heuristic they used in the board room in valuing the deal?

In the Motorola acquisition, Google Inc (NASDAQ:GOOG) bought a patent portfolio and got a mobile phone business thrown in for free.”

The mobile phone business for free? Well, not quite, given that the Motorola division has posted an operating loss every quarter since the acquisition was final. GAAP operating losses, which include restructuring charges for Motorola, totaled $1.38 billion through Q1. 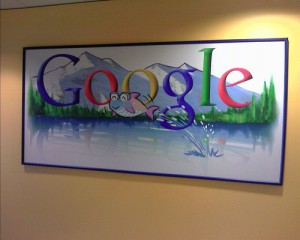 Subtracting the amount Google received from the just completed sale of Motorola’s Home division, Google Inc (NASDAQ:GOOG) has spent a total of $11.53 billion on Motorola.

Interestingly, Google provided in their 2012 10-K an upper bound to their valuation of the Motorola IP in the form of patents and developed technology. In the course of the year, the value of Google’s IP jumped by $5.234 billion, mostly due to Motorola.

Recent legal setbacks in defending some of Motorola’s patents also call into question the value of the portfolio. Florian Mueller has documented the status of recent Google Inc (NASDAQ:GOOG) patent battles on his blog. Of the eleven legal proceedings he describes, seven were major defeats for Google or Motorola.

The most important defeat, delivered on April 19, was a push back on a royalty demand of $4 billion per year from Microsoft Corporation (NASDAQ:MSFT), which would have had Microsoft paying the entire purchase price for Motorola in a few years. In question were Motorola patents pertaining to HD video and WiFi, so-called standard essential patents.

Motorola, by virtue of agreements it entered into, was obligated to license the patents under FRAND (fair, reasonable, and non-discriminatory) terms. Microsoft launched the suit against Motorola back in 2010, claiming the the royalty demand of $4 billion wasn’t fair and reasonable. The court agreed and reduced the annual royalty to just $1.8 million per year. The unanimous consensus is that this was a big win for Microsoft.

Microsoft Corporation (NASDAQ:MSFT) has also been very successful in pressing its own patent claims against infringing Android device makers. On April 17 Hon Hai (parent of Foxconn) signed a licensing agreement with Microsoft to address infringement by the Android and Chrome operating systems. This is the 20th license deal Microsoft has obtained from a manufacturer using the Android OS or Chrome OS in some device or product. These manufacturers include HTC, General Dynamics, Onkyo, Acer, ViewSonic, Samsung, LG, Barnes & Noble, ZTE and others.

There was a perception that Motorola’s patent portfolio would provide a form of “mutual assured destruction” protection against infringement suits launched against Android by Microsoft and others, but in fact, the Motorola portfolio has provided very little, if any protection.