Published on December 2, 2020 at 9:37 am by Insider Monkey Staff in Bitcoin, Ethereum and Other Cryptocurrencies, News, Tech

At the heart of GoodDollar is the idea of issuing a digital currency that is claimable by anyone in the world with a smartphone who is in need of financial support. Only those truly in need of sustenance will attempt to claim the daily allowance, the theory goes, and so far that has been borne out: many of the claimants have hailed from developing countries where poverty is rampant and the average wage is low. 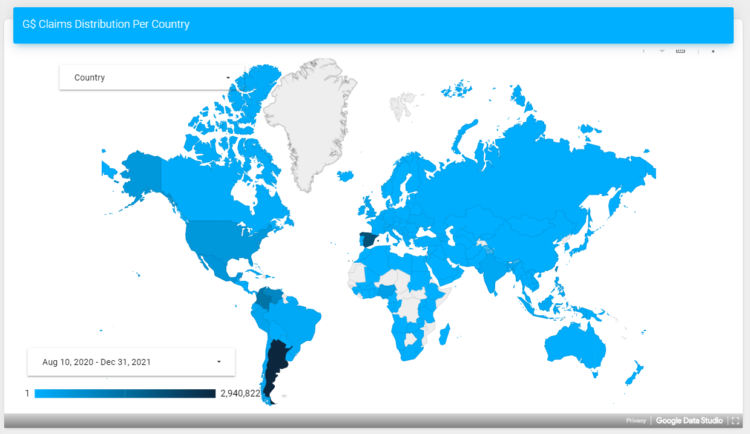 40,000 individuals have registered with the GoodDollar app and begun claiming UBI in the first eight weeks, which appears to have taken even the project’s backers by surprise. Citizens of more than 180 countries have signed up and claimed GoodDollar that’s disbursed daily.

“Never before have we seen millennials displaying such interest in new digital assets, and the pandemic has only accelerated this trend,” said eToro CEO Yoni Assia. “We see a new influx of people who are hungry to participate in the markets, and adopt new financial innovations. GoodDollar expands financial literacy and access to markets, while providing a digital basic income to fuel its own digital economy.”

With more than half of those who’ve signed up sticking around and becoming regular users, there are signs that the UBI project has become an early success – and is likely to inspire copycats with a similar social goal.

For cryptocurrency supporters, 2020 will go down as the year the movement founded a little over a decade ago by Satoshi Nakamoto came of age. After surviving a pandemic-driven scare in March, when bitcoin dipped below $4,000, the market has rallied, with BTC on course to regain the highs it saw in late 2017. The decentralized finance (DeFi) movement also took off this year, and it is on this concept of open access to financial primitives that GoodDollar is built.

Cryptocurrency has long stood accused by its detractors of being a novel technology in search of a use case. Those claims no longer withstand scrutiny, now that digital assets are being widely used for lending, earning yield, remittance, payments, UBI, and much more. A thriving economy has formed around GoodDollar, with more than 13,000 users frequenting its Facebook marketplace and a marketplace for services denominated in G$ springing up.

Given the uncertain future the world faces, in which remote working, automation, and digitalization loom large, GoodDollar has launched at a propitious time. The world will now be watching to see whether this model for financial redistribution is a sign of things to come.