Microsoft Corporation (NASDAQ:MSFT) has unveiled the Surface Pro, the latest addition to the company’s line of tablets. The Surface Pro comes with Windows 8 Pro, which is very useful to businesses that want the power of a personal computer PC in a tablet. Below, I will explain how the global trends in the tablet market will support strong sales of the Surface Pro. Specifically, I will examine the effects of rising tablet sales around the world and the shifting preferences of consumers shopping for tablets. I will show how increased demand for tablets worldwide will help Microsoft Corporation (NASDAQ:MSFT) sell more tablets, which will increase the company’s long-term value on a discounted cash flow basis. 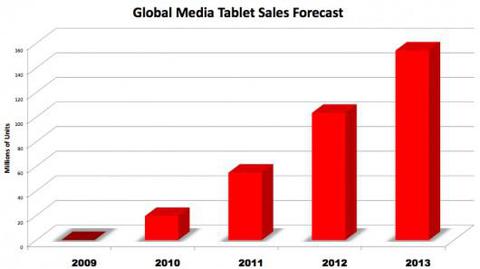 The demand for tablets is rising worldwide. According to International Data Corporation’s (IDC) Worldwide Quarterly PC tracker, tablet sales increased by 75.3% in the fourth quarter of 2012, with shipments growing to 52.5 million, up from 29.9 million in the same period of 2011. Tablet sales were driven primarily by the increase in choice of products. Due to the rising demand and strong prospect for growth, IDC was forced to increase its market forecast for 2012 to 117.1 million units, up from its previous forecast of 107.4 million units. IDC upgraded its 2013 forecast from 142.8 million units to 165.9 million units, also stating that tablet shipments may hit 261.4 million units by 2016. 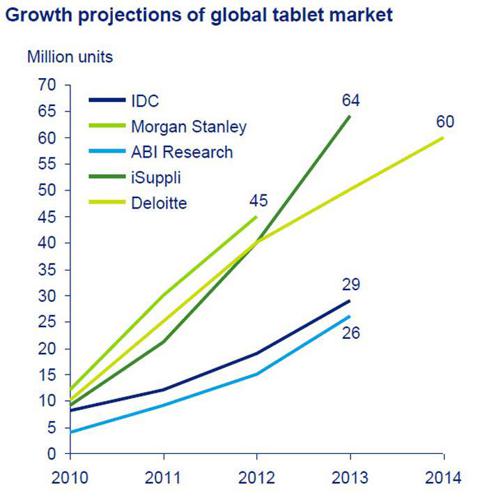 The chart above shows IDC’s research results in fourth quarter 2012 on worldwide shipment sales. The figures included number of shipment for the top five vendors and others. All vendors made 52.5 million shipments, up from 29.9 million in 2011. Even though Microsoft Corporation (NASDAQ:MSFT) didn’t make the top 5 vendors, it’s just entering the market. If it works to bring down its prices, it will become competitive in the new year.

Microsoft Corporation (NASDAQ:MSFT) announced record first quarter revenue of $17.37 billion for the quarter ended September 30, 2011, a 7% increase from the same period of the prior year. Operating income, net income, and diluted earnings per share for the quarter were $7.20 billion, $5.74 billion, and $0.68 per share, which represented increases of 1%, 6%, and 10%, respectively, when compared with the prior year period. However, figures for Surface weren’t reflected, having not been launched.