ValueWalk’s fourth Contrarian Investor Virtual Conference is in the books with several new ideas from short sellers. Analysts at GlassHouse Research shared their thesis for Columbia Sportswear, for which they see 51% downside in its stock.

GlassHouse looks for companies with signs of accounting red flags, especially companies whose GAAP or even worse, non-GAAP earnings deviate from their true economic earnings. The firm’s analysts found some such signs at Columbia Sportswear and compared it to the red flags they identified with Under Armour. GlassHouse believes Columbia is at risk of revenue recognition and channel stuffing that’s even worse than Under Armour in 2017.

The firm described Columbia Sportswear as having “one of the worst inventory positions in all of retail.” GlassHouse analysts believe the company’s management has put off writing down more than $225 million in inventory or 28% of total inventory.

Unlike sell-side analysts following Columbia Sportswear (NASDAQ:COLM), GlassHouse’s research suggests the company’s wholesale partners are stuffed with product and will hesitate to buy inventory in the near future. The retailers in question accounted for more than half of Columbia’s total sales in fiscal 2019. 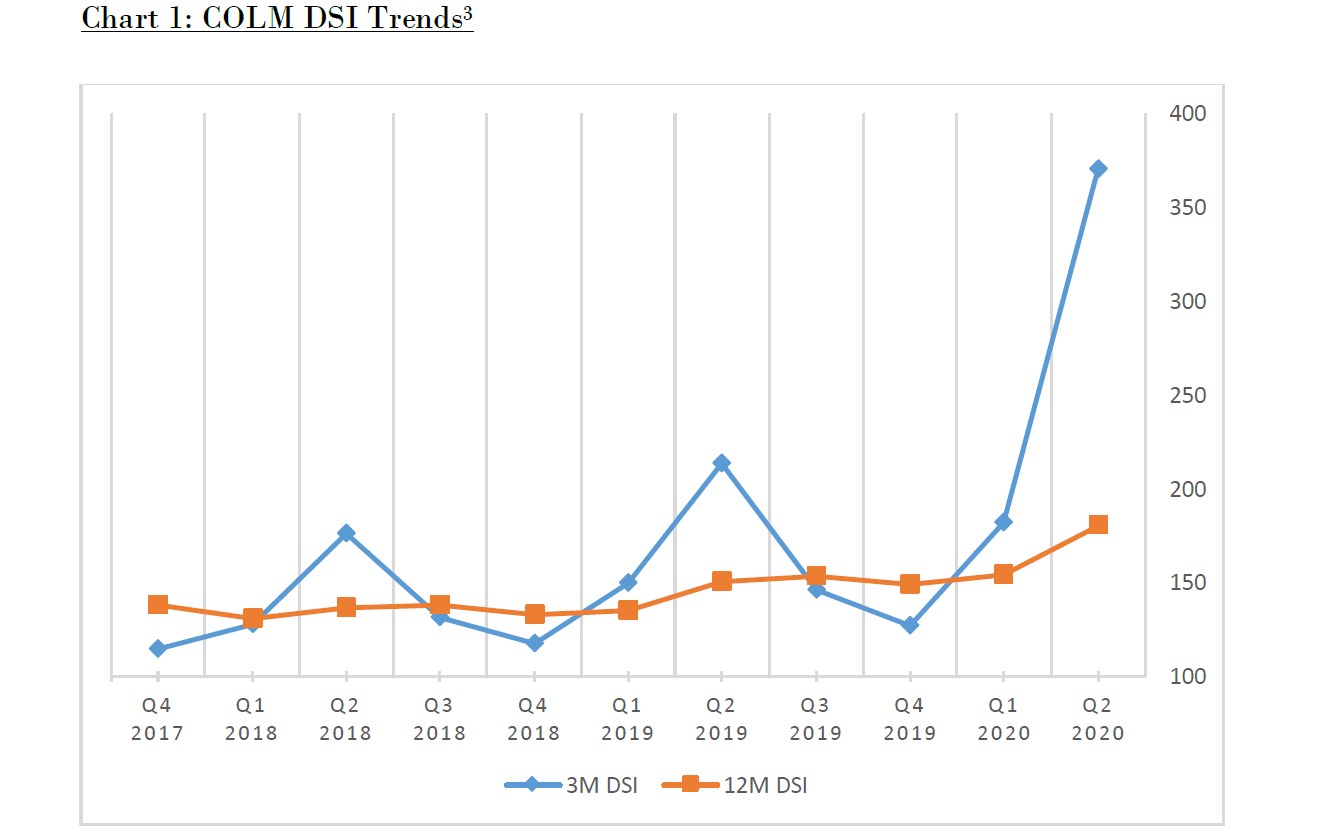 The GlassHouse team believes Columbia Sportswear is “positioned for failure” during the COVID-19 pandemic. They said the company’s management appears to be waiting for things to get back to normal instead of adjusting to the new environment. For example, they said Columbia has fallen far behind competitors Lululemon and Nike in ecommerce.

GlassHouse also found many accounting irregularities related to revenue recognition and extending credit to failing partners. Also spiking prepaid expenses are cause for concern, and the GlassHouse team believes Columbia management may be “playing games” with the company’s financials.

They also describe the valuation of Columbia Sportswear as “irrational.” Its stock price was relatively flat throughout this year, but GlassHouse believes the stock is worth only $45.29 per share. 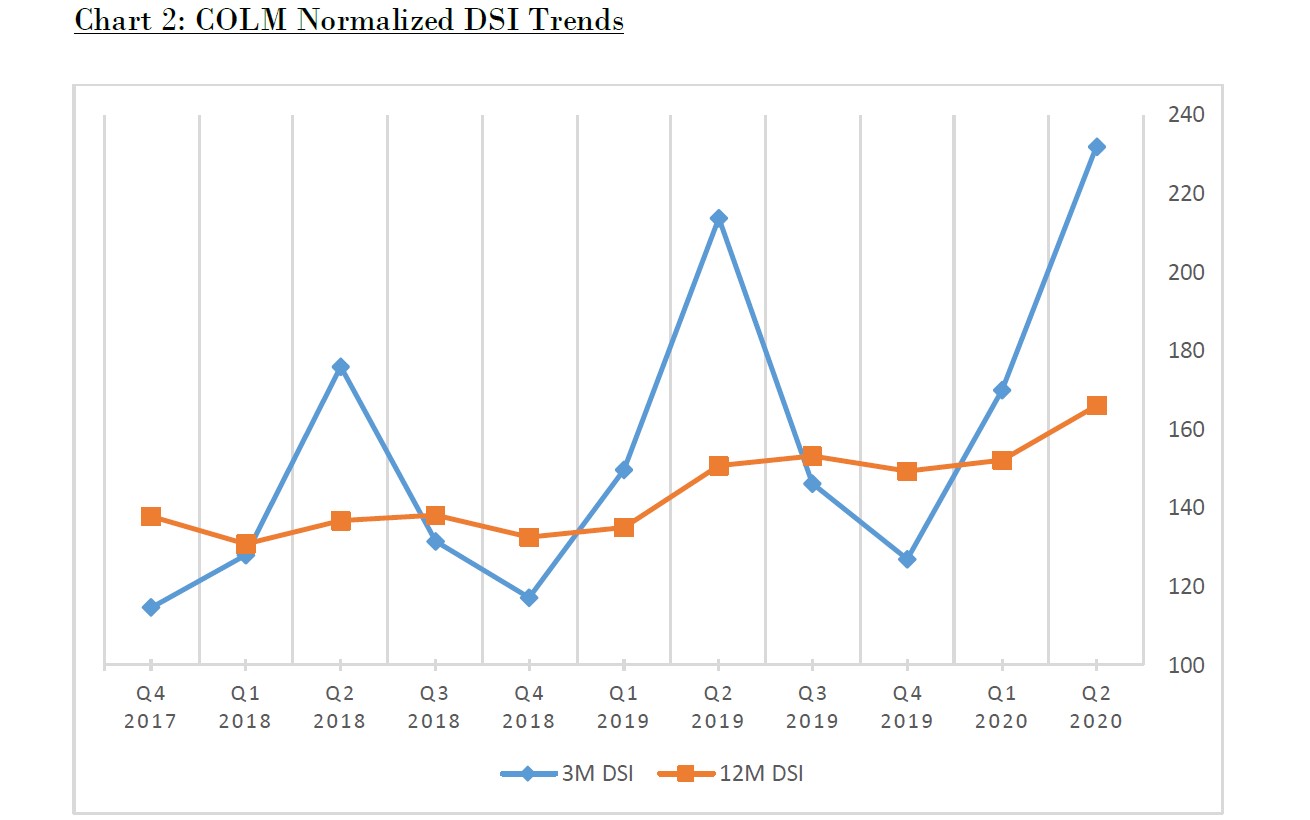 Similarities with Under Armour

The firm compared Columbia Sportswear with Under Armour in 2017. Under Armour faced charges of revenue recognition violations by the Securities and Exchange Commission and the Department of Justice. Further, the company’s stock plunged more than 75% from record highs.

After reviewing Columbia Sportswear’s financials in 2019, GlassHouse analysts found what they said to be signs that most of the company’s gains last year were “artificial in nature” or “financially engineered.”

“Outsized inventory metrics, unusually high gross margins, pull-forward of sales, extension of credit terms with wholesale customers, spikes in prepaid expenses, and new disclosures and risk factors detailed in the 10-K lead us to believe that 2019 gains were primarily a farce,” GlassHouse stated in its short report on Columbia. 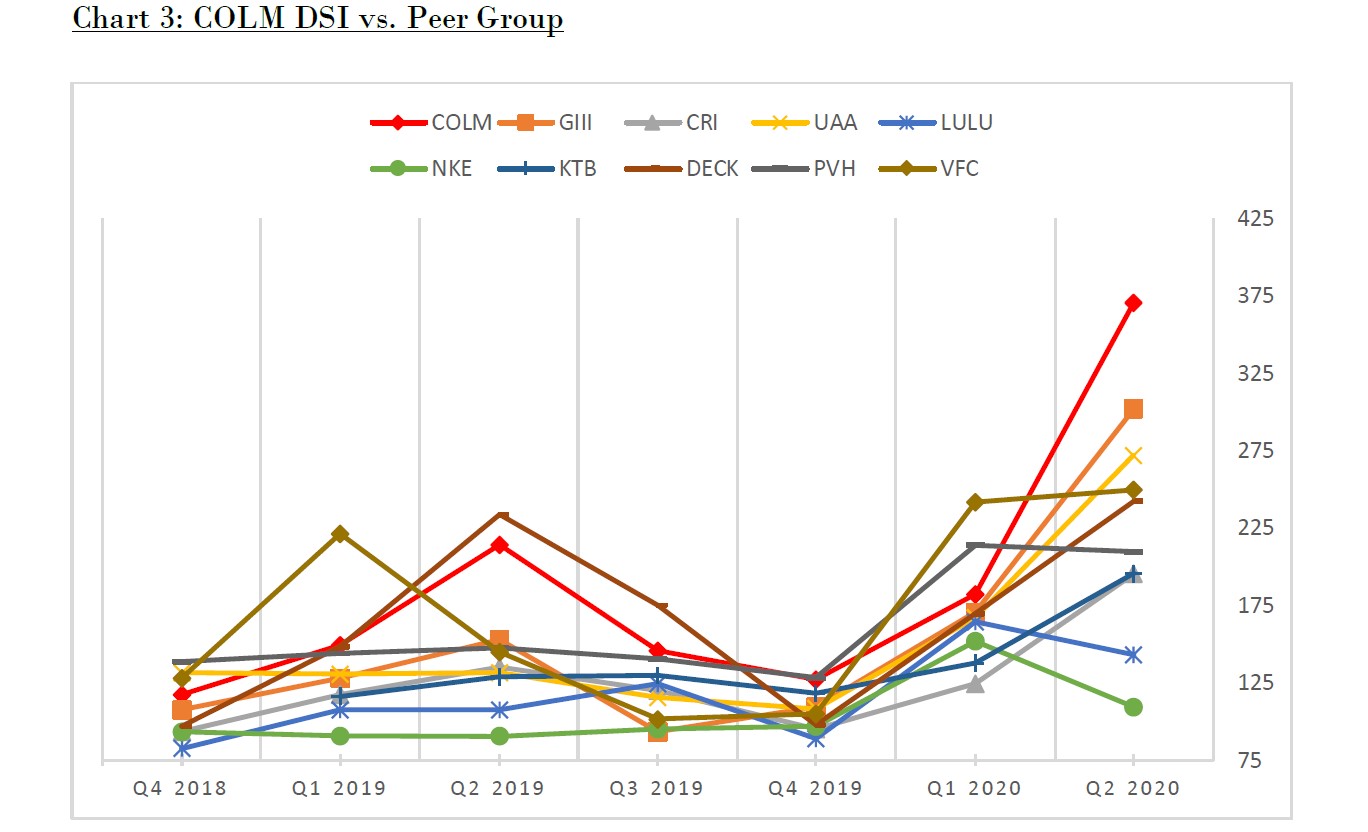 After identifying accounting red flags in the company’s 2019 financials, then 2020 arrived with its impact on China and Asia, disrupting Columbia’s supply chain. Management stated in a press release on Feb. 27 that they were “not concerned” about the impact of COVID-19 on sales outside Asia. Then two weeks later, Columbia reversed course and shuttered its stores in North America.

The GlassHouse team believes that during this time, the company doubled down on its inventory procurement “as management panicked at the thought of diminished 2020 sales due to insufficient finished goods.” However, they said that backfired in future periods as many of Columbia’s retailers canceled their orders.

Based on comments from retailers and current inventory positions, GlassHouse believes the company will have to impair or mark down more than $225 million worth of inventory in the coming quarters.

“Management’s ineptitude and liberal use of accounting has set the company up for complete failure in the new COVID-19 retail environment,” GlassHouse wrote. “While retailers with a large online presence like Nike and Lululemon have thrived, it appears that COLM management has set itself up for failure.” 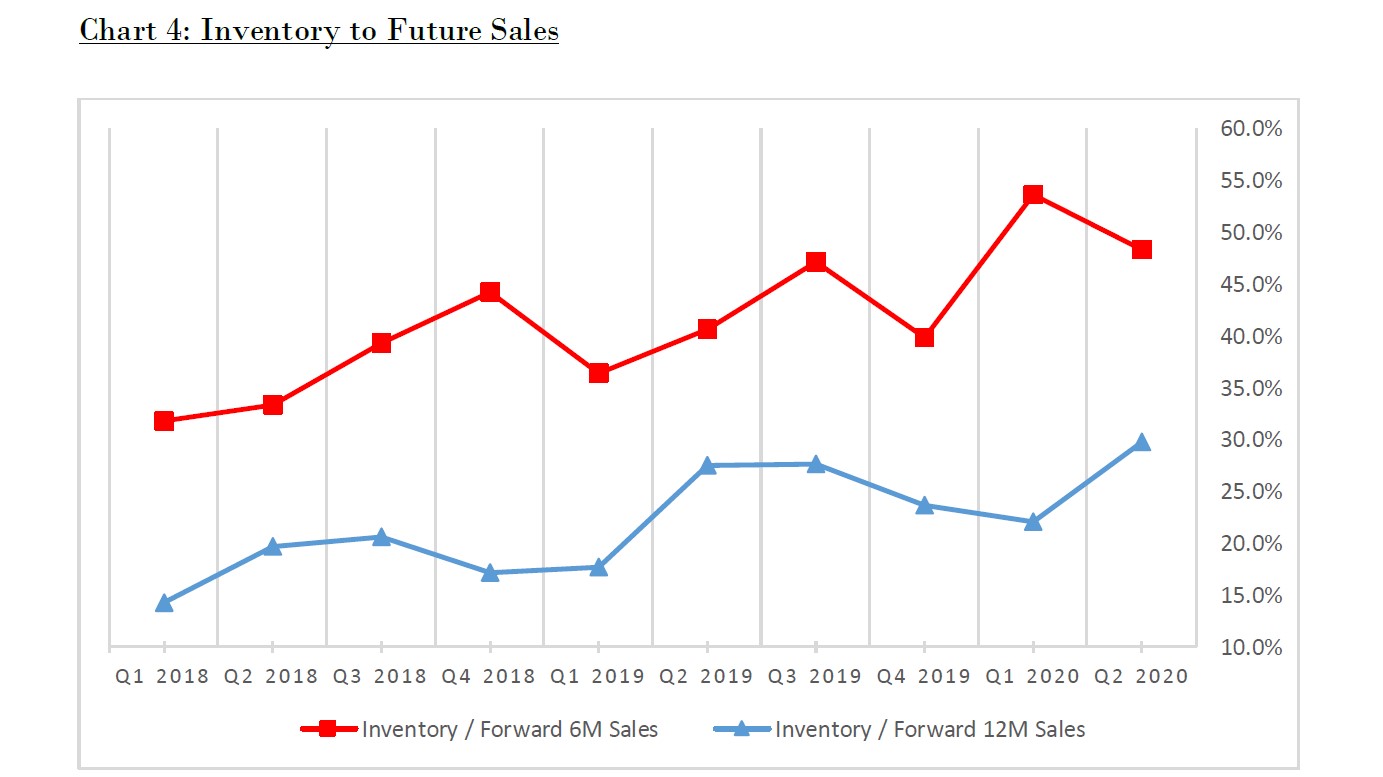 You can read GlassHouse’s short report on Columbia Sportswear in its entirety here.

Attend the next conference!