Get Ready For the Gold Bull Run

The gold bull run has been talked about for years and years, as industry experts continue to raise the ceiling for this commodity, even suggesting that it has no peak. But a short term run could be just weeks away if historical patterns reveal anything. The potential run up in gold will have nothing to do with the rampant money printing by the Fed, inflationary scares, the fact thatcentral banks are buying up the precious metal, or even threats of a collapsing economy. Instead, the momentum for gold for the last two months of the year could boil down to a few lines on a graph [for more gold news and analysis subscribe to our free newsletter].

As far as gold trading is concerned, few stretches are more profitable for gold than November and December. In fact, in most years that momentum has carried all the way into February. Historically speaking, on a 5, 10, and 15 year basis, gold prices have risen in each of the coming four months. The average rise for the latter two months of the year over the past five years falls around 8%, though that figure shrinks to 5.4% over the 15 year period. Still turning in more than 5% in just two short months could be a big win for any portfolio.

Coming out of October, gold investors may feel a bit bearish given the metal’s week performance, but this too follows the historical trend, as October has consistently been the worst month for this commodity in the last 15 years. Other notable downturns come in March where it appears that many sell of or take profits. Should gold stick to its decade and a half long trend, now could be a good time to buy in low and ride out a potential short-term rally [see also Investing In Gold: The Definitive Guide].

How to Play Gold’s Run

Below, we give you several options for taking advantage of the coming gold bull run. 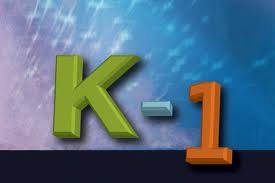