Jonathan Soros, the son of legendary investor (and divisive political figure George Soros) also manages investor money through a hedge fund, dubbed JS Capital. The son was taking after the father in the third-quarter, as the younger Soros’ fund delivered excellent returns with its long positions. Out of 13 positions in companies valued at $1 billion or more on June 30, JS Capital’s holdings delivered weighted average returns of 18.5% during the quarter, which ranked it as the 36th-best performing fund in our database (the elder Soros’ family office ranked 102nd).

It should be noted that our calculations may be different from the fund’s actual returns, as they do not factor in changes to positions during the quarter, or positions that don’t get reported on Form 13Fs, like short positions. Now then, let’s have a look at four stocks favored by Jonathan Soros and see how they performed in the third quarter.

We’ll start with a look at Harbinger Group Inc (NYSE:HRG), JS Capital’s top long position on June 30. The fund held 1.95 million shares of the stock valued at $26.80 million and representing 5.17% of the value of its equity portfolio. JS Capital trimmed its stake in Harbinger Group by 5% during the second quarter. The consumer products and insurance company returned 14.3% during the third quarter, though it’s only up by a little over 10% for the entire year. 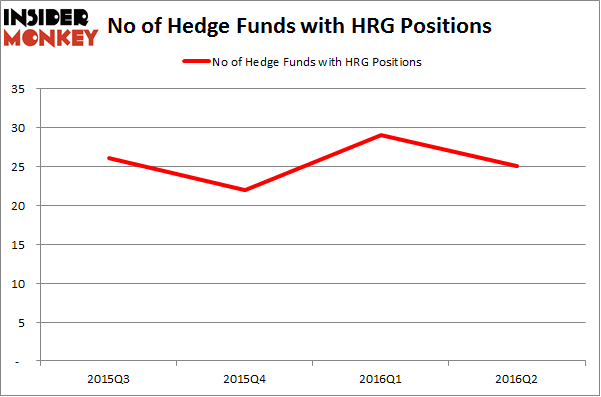 As you can see in the graph above, hedge fund sentiment for the stock has been volatile, sliding back to being held in the portfolios of 25 of the hedge funds tracked by Insider Monkey at the end of June, down from 29 a quarter earlier. Of the funds tracked by Insider Monkey, Ian Cumming and Joseph Steinberg’s Leucadia National has the largest position in Harbinger Group Inc (NYSE:HRG), worth close to $639.8 million, amounting to 74.1% of its total 13F portfolio. Coming in second is Omega Advisors, led by Leon Cooperman, holding a $141.5 million position; 4% of its 13F portfolio is allocated to the stock. Some other professional money managers that are bullish contain Jason Karp’s Tourbillon Capital Partners, Marc Lisker, Glenn Fuhrman and John Phelan’s MSDC Management, and James H. Litinsky’s JHL Capital Group.

Jonathan Soros trimmed his fund’s Expedia Inc (NASDAQ:EXPE) position by 13% during the second quarter, ending the period with 168,390 shares worth $17.9 million. The stock returned 10.1% during the third quarter and has nearly gained another 10% already in the fourth-quarter, hitting a 52-week-high and pushing its market cap to $19 billion. Accelerating growth for its HomeAway and trivago segments has helped Expedia deliver positive results.

Is Expedia Inc (NASDAQ:EXPE) worth your attention right now? Money managers are turning bullish. The number of long hedge fund positions went up by 2 in the second quarter. Expedia was in 67 hedge funds’ portfolios at the end of June among those we track. PAR Capital Management, managed by Paul Reeder and Edward Shapiro, holds the biggest position in Expedia Inc (NASDAQ:EXPE). PAR Capital Management has a $695.9 million position in the stock, comprising 11.5% of its 13F portfolio. Coming in second is Altimeter Capital Management, managed by Brad Gerstner, which holds a $478.1 million position; 35.6% of its 13F portfolio is allocated to the stock. Some other peers with similar optimism consist of Jason Karp’s Tourbillon Capital Partners, Robert Pitts’ Steadfast Capital Management, and Barry Rosenstein’s JANA Partners.

We’ll check out two more stocks held by JS Capital on the next page.