The electric-vehicle market may be a small niche segment, but you wouldn’t know by the price wars going on right now. The latest cuts come from General Motors (NYSE:GM)‘ slashing $5,000 off the cost of the 2014 Chevy Volt — a move intended to boost sales.

Consumers looking for great EV deals won’t be disappointed, and as the amount of EV models grows, it looks as if lower prices may be the new normal. 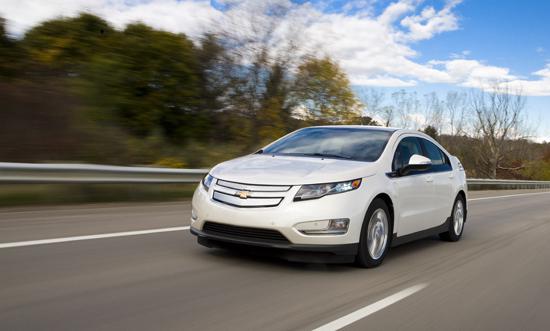 Since the beginning of 2013, nearly every automobile manufacturer has dropped the price of its EV vehicles. If you haven’t been keeping up — and honestly, who can? — here’s a quick rundown of the changes:

The Volt’s price drop comes amid rising Leaf sales. Last month, Nissan sold 1,864 Leafs, compared with 1,788 Volt sales. It’s not just Nissan and Chevy that are in a back-and-forth battle, though. The entire EV industry is on the cusp of increasing competition.

The more the merrier

The International Energy Agency reported that in 2011, just 45,000 electric vehicles were sold worldwide and that in 2012 that number jumped to 113,000. According to Autodata, nearly 49,000 electric vehicles have been sold in the U.S. so far this year. Right now, Tesla Motors Inc (NASDAQ:TSLA) takes the No. 1 spot for electric-vehicle sales, with the Leaf and Volt following behind.

Part of the sales increase has come from the overall spike in electric-vehicle models on the market. This year there are more than a dozen electrified vehicles for sale, and more competitors, such as the BMW i3, are coming soon. As more electric cars enter the market, consumers can expect the pricing wars to continue, but that’s not the only thing that will help lower costs.

Tesla Motors Inc (TSLA): Can It Go the Distance?

Why I Am Not Buying Tesla Motors Inc (TSLA): Hedge Fund Manager