The laws of supply and demand don’t lie. Once again, these central economic principles provide remarkable insights—this time into the US auto industry. To fully understand, though, we must first take a brief glance in the history books. 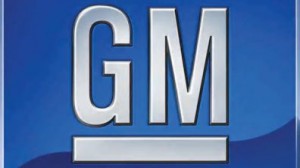 First, consider what is known as the automobile crises of 2008-2010. During this time, new vehicle sales in the US plummeted. As a result, most auto manufacturers, like General Motors Company (NYSE:GM), Ford Motor Company (NYSE:F), and Chrysler—Detroit’s Big 3—began to decrease their capacity to reduce costs. As a result, their production levels dramatically decreased.

Additionally, as further detailed in a Wall Street Journal article, auto manufacturers leased their new vehicles to rental car firms prior to the crises. In turn, firms would establish a fleet of new vehicles for patrons to rent. Then, the cars would be sold to dealerships and listed as used. However, to even further cut production, such lease agreements were cancelled.

At a high level, there was a clear increase in used vehicle demand. Because manufacturers cut capacity, production, and lease agreements, new vehicles were not as readily available as analysts forecasted prior to the crises. As a result of the increased demand for used vehicles, the value of the used vehicles increased.

First, customers often have easy access to credit. Whether through a bank, dealership, or other institution, many individuals can receive the necessary credit to cover the down payment for vehicles. Second, interest rates are extremely low. For example, the automobile interest rates between 2000 and 2010 ranged from about 6-4%. However, they are 2.5%…and even lower. By coupling these two components with higher valued used cars, customers can now trade in used vehicles for new ones. The result: pleased auto manufacturers, dealerships, and patrons.

Given this information, it is important to recognize how the market is progressing. First, many automobile manufacturers are now increasing their production accuracy. They are aiming to better match their capacity and production with industry demand. Consider General Motors Company (NYSE:GM) and Toyota Motor Corporation (ADR) (NYSE:TM) which are now planning on renewing their more energy efficient, smaller pickup trucks. During a conference call, Toyota’s SVP for automotive operations, Bob Carter, discussed the new industry shift–outpacing forecasts.

For example, Toyota is poised to gather additional marketshare in light trucks which grew 7.5% in March. Specifically, the Tacoma’s sales grew over 20%. The aforementioned strategy will further aid Toyota in gaining additional advantages over Ford Motor Company (NYSE:F) and General Motors Company (NYSE:GM) in this market, but the return is not as lucrative due to smaller margins and tighter demand.

Second, as evidenced by the following historic chart and sales data chart, firms are gearing up for long term success by investing in the future.

According to Yahoo Finance, the auto industry’s average ROE is 5%. Just look, comparisons are not even comparable. Ford Motor Company (NYSE:F) is specializing in providing new, exciting products to customers thereby driving sales and generating returns for investors. In fact, it just announced that the Ford Motor Company (NYSE:F) Focus is the best selling car on the globe. Coupling the above ratios with Ford’s financial statements leads me to conclude that Ford is undervalued. If you’re looking for a growing, exceptional investment that pays quarterly dividends, Ford is your future.

Lastly, investors must recognize the effects of pent up demand in the auto market. Pent up demand often follows a recession and is when consumers build up their cash reserve (and do not spend) because they are uncertain about economic conditions. As evidenced by the following chart, the major sales growth indicates that pent up demand is being released in the form of higher new vehicle purchases, whether through trade-ins or new purchases.

General Motors Company (NYSE:GM), for example, has exceeded 3 of the past 4 earnings estimates and is on pace to do so again. A recovery in the housing market and consumer spending is correlated to an increase in sales for General Motors Company (NYSE:GM)’s higher end brands–resulting in further growth and higher margins for the manufacturer. Additionally, the firm utilizes its assets well to drive profits.