No doubt, General Electric Company (NYSE:GE) is one of the most popular stocks among investors. The firm’s fourth-quarter and full-year 2012 results were impressive. The firm posted tenth consecutive quarter of strong operating earnings growth, with 4Q operating EPS up 13% and full-year operating EPS up 16%. The fourth-quarter was also the second consecutive quarter when all the industrial related segments reported positive earnings and margins growth. Total orders in the quarter were up 7% and emerging market orders were up 12%.

General Electric Company (NYSE:GE) also recently announced the sale of NBC Universal to Comcast Corporation (NASDAQ:CMCSA), which is expected to close in 2014. The deal, which is worth almost $17 billion, will give Comcast the right to buy the remaining half of NBC Universal. The deal represents a definite vote of confidence in the future of TV, even as the growth of Internet video reshapes the entertainment landscape.

The transaction will turn a General Electric asset that didn’t fit with its business, into a source of cash. The deal will also enable the firm to focus on one of its key remaining pieces of transformation — to lower the percentage of revenues and earnings that come from its financing businesses. General Electric could net at least $15 billion in cash from this deal; all of these funds on top of its already impressive cash stockpile of $125 billion, will make the financial profile of General Electric impeccable.

The company plans to use the proceeds of this deal to increase buybacks of its shares by $10 billion a year; General Electric board boosted its buyback authorization to $35 billion, of which $23 billion remains available. The share count has already fallen from almost 10.7 billion in fiscal 2010 to below 10.5 billion at the end of 2012, and considering the company’s plan regarding the share buybacks, this trend should continue. 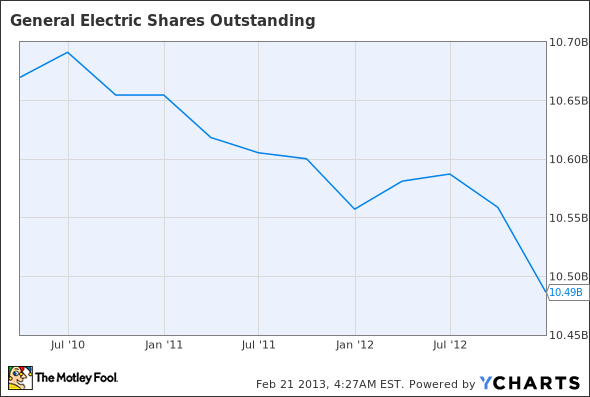 Moreover, General Electric pays a dividend that has grown rapidly since it was first started. The firm even increased dividends four times between 2010 to 2012 to make up for a sharp cut in the payout during the financial crisis. 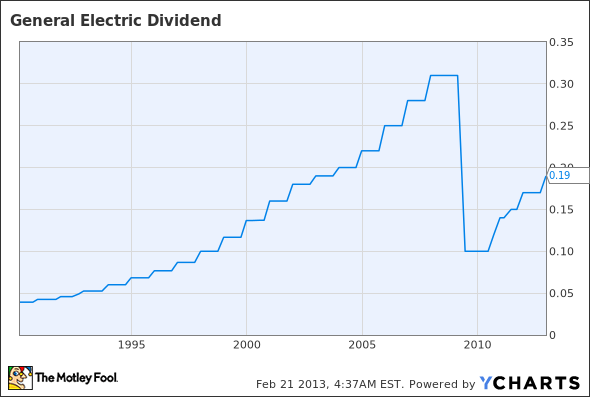 General Electric currently has a Cash Flow margin of almost 25% and over $15 billion of Free Cash flow, both of which have consistently remained in a strong position. This cash flow enables the firm to pursue new deals in the emerging markets that will prove essential to achieving the growth projected in the future years. 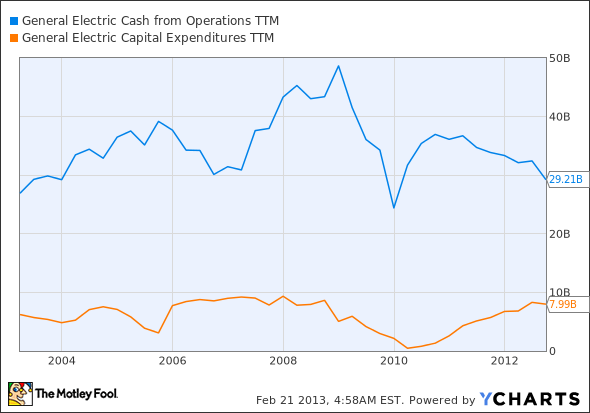 To me, General Electric is a vastly undervalued company. The firm’s past difficulties are over; and based on the facts presented in this article, I believe that every growth oriented investor should have a long position in this stock. To put it succinctly, General Electric stock is a must own for the simple man’s permanent portfolio.

The article General Electric Is a Must Own for the Simple Man’s Permanent Portfolio originally appeared on Fool.com and is written by Nauman Aly.