Activision Faces Competition From Disney Infinity As The Gaming Industry Recovers (Trefis)
August brought mixed news for Activision Blizzard, Inc. (NASDAQ:ATVI). While research group NPD reported that retail sales of console and PC games grew 21% through the month, the first positive change in sales since November 2011, it also listed Disney Infinity as the third highest selling game during the month behind Electronic Arts Inc. (NASDAQ:EA) Madden NFL 25 and Deep Silver Volition’s Saints Row IV. According to our analysis, Activision Blizzard, Inc. (NASDAQ:ATVI) has a market share of nearly 20% in the U.S. video games market and positive growth in the industry holds well for the publisher before the highly anticipated launch of the next-generation consoles in November. However, Disney Infinity is a direct competitor to Skylanders, one of Acitivision’s flagship titles. 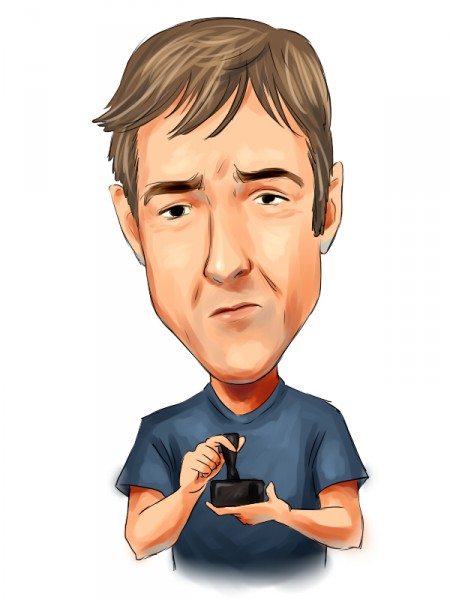 Zynga Rating Increased to Equal Weight at Evercore Partners (ZNGA) (North Fork Vue)
Evercore Partners upgraded shares of Zynga Inc (NASDAQ:ZNGA) from an underweight rating to an equal weight rating in a research note released on Thursday morning, TheFlyOnTheWall.com reports. They currently have $3.00 target price on the stock. “despite continued user declines, the floor protection provided by the company’s high cash balance combined with the potential for a break-out hit similar to Candy Crush leaves us seeing limited downside at current levels.” Even though Candy Crush has taken out Zynga (3 jellybeans at a time), this exhibits the potential success of new popular games by Zynga. The analyst has concerns on Zynga Inc (NASDAQ:ZNGA)’s reliance on Facebook and desktop-based games.

Sony and EA’s relationship is solid despite exclusivity deals signed with Xbox One, says Ryan (VG247)
PlayStation Europe boss Jim Ryan insists Sony Corporation (ADR) (NYSE:SNE) and Electronic Arts Inc. (NASDAQ:EA) have a good relationship, despite exclusive deals signed with Microsoft Corporation (NASDAQ:MSFT) and Xbox One such as the FIFA 14 giveaway. Speaking with MCV, Ryan said Sony doesn’t plan on countering such deals with ones of its own. “We have over 1 million pre-orders, so why would we need to do that? We had to switch off day one pre-orders, we are now onto day two, so why would we pour gasoline onto the fire? Platform holders and publishers run pre-order campaigns, and if you need to increase momentum then they dial it up a little bit with some promotional stuff, it’s a rational thing to do,” he said.

Activision Blizzard, Inc. Announces Syndication of $2.5 Billion Term Loan Credit Facility (Stockhouse)
Activision Blizzard, Inc. (NASDAQ:ATVI) announced today the completion of the syndication of a seven-year secured term loan credit facility totaling $2.5 billion (“Term Loan B”). The Company expects to also secure a revolving credit facility of $250 million. The closing of the Term Loan B and the revolving credit facility are subject to customary closing conditions. The borrowings under the Term Loan B, along with the proceeds from the issuance of the recently priced $2.25 billion aggregate principal amount of senior unsecured notes, are expected to total $4.75 billion.

Commit To Buy Zynga At $2, Earn 10% (Forbes)
Investors eyeing a purchase of Zynga Inc (NASDAQ:ZNGA) shares, but cautious about paying the going market price of $3.09/share, might benefit from considering selling puts among the alternative strategies at their disposal. One interesting put contract in particular, is the January 2015 put at the $2 strike, which has a bid at the time of this writing of 20 cents. Collecting that bid as the premium represents a 10% return against the $2 commitment, or a 7.5% annualized rate of return (at Stock Options Channel we call this the YieldBoost).

Hasbro, Inc. (HAS), Zynga Inc (ZNGA), Visteon Corp (VC): These Companies Are Set To Buy Back $30 Billion in Stock