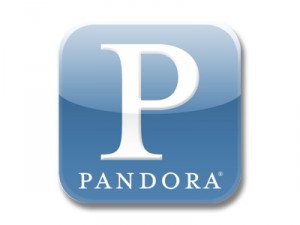 There are plenty of companies that appear to have shaky businesses. But some are worse than others.

Tower Records was the dominant music retailer for most of the second half of the 20th century. It declared bankruptcy in 2006 after its product — music — went wholly digital.

The same phenomenon is currently taking place with GameStop Corp. (NYSE:GME), the world’s largest retailer of video games. Since 2005, more and more games have been available via direct, digital download.

But I should make one point here. The phenomenon taking place in video games is different from the one afflicting the book market. While digital books are infinitely more convenient, there are still plenty of people that prefer to read a traditional, paper book.

In fact, a 2012 study revealed that more than 2/3rds of Americans still prefer paper instead of digital.

Perhaps this is why Barnes & Noble, Inc. (NYSE:BKS)’s founder, Leonard Riggio, has offered to acquire the bookstore portion of the business. While some ambitious money managers may have projected the complete eradication of the physical book business (replaced fully by digital) onto Barnes & Noble, Inc. (NYSE:BKS), Riggio may be smart enough to understand that there will be market for physical books for quite some time.

Yet, that’s slowly changing. Microsoft Corporation (NASDAQ:MSFT)’s next console, the Xbox One, will still allow users to purchase retail copies of their games, but these copies must be activated and periodically verified online.

The details surrounding Xbox One’s used games policy remain murky, but if Microsoft Corporation (NASDAQ:MSFT) goes ahead with its plan to allow users to trade activation codes online, there will be no more incentive for a user to purchase a retail copy in place of a digital one.

For its part, Sony Corporation (ADR) (NYSE:SNE) has been experimenting with going wholly digital for years. The company released a version of its handheld PSP (called the PSP Go) in 2009 that was not capable of playing physical games, only digital files.

The third player in the console trio, Nintendo, has not moved as enthusiastically towards a digital future, but its recent console, the Wii U, has thus far sold poorly, lessening Nintendo’s overall relevancy. Still, Nintendo does offer digital downloads of many of its games.

Like music a decade ago, video games appear destined to go fully digital, perhaps within just the next few years. When that happens, it’s hard to imagine GameStop Corp. (NYSE:GME)’s core business surviving.