Gaia, Inc. (GAIA): Artko Capital Believes in Its Business Concept and Its Value

In a recently published Artko Capital’s Q1 2019 Investor Letter, which you can track down here, the fund discussed a few companies in its portfolio, among which was Gaia, Inc. (NASDAQ:GAIA). Artko Capital said that it has enthusiasm for the company’s businesses.

Gaia(GAIA) – Our Core Portfolio’s 10% investment in Gaia continued to underperform, down 10% for the quarter. During the 1stquarter earnings call the company announced a shift in strategy moving away from its 1 million subscriber goal by late 2019 at a breakneck 60% subscriber growth rate to a more manageable, profitability focused,30% revenue growth rate, supplanted by price increases and focus on lower cost customer retention(vs high cost acquisition)with expected breakeven profitability by late 2019. The move was meant to placate the market’s concern about Gaia’s cash burn; however, given its sudden shift from a positively upbeat confirmation of previous strategy a few months prior, it had the opposite effect in spooking investors and creating additional uncertainty and stock price volatility.

We are still strong believers in the product and the company business model, as well as its value as a popular content provider with close to 600,000 global subscribers paying $10-12 a month for its admittedly weird but unique content. While we are disappointed at the recent stock performance, we believe that at its current $9 per share price and a $130mm Enterprise Value, that excludes the $30mm to $40mm value of the company’s commercial office building in Colorado, its content library and other hidden assets on the balance sheet,the stock represents a good investment from a risk reward and margin of safety stand point. We have lowered our expectation for 2021 EBIT from $60mm to $30mmand our intermediate term expected price from $60.00to mid $30s. We will cautiously monitor the new strategy rollout;however, we still have significant confidence in the incentivized and experienced management team as well as the significant upside potential in this investment and we look forward to updating you on the progress. 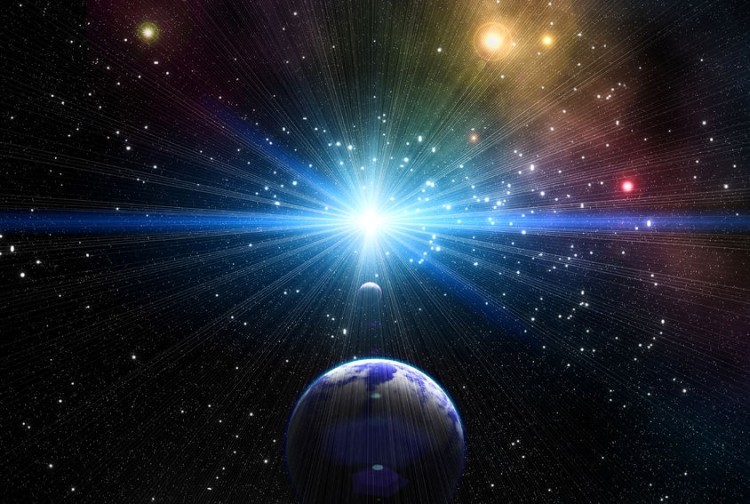 Gaia Inc is a company that offers global digital streaming of science-related videos. It was previously known under the name Gaiam, Inc. Year-to-date, the company’s stock lost 13.43% and on April 26th, it had a closing price of $9.09. The company has a market cap of $162.71 million.

Heading into the first quarter of 2019, a total of 8 of the hedge funds tracked by Insider Monkey held long positions in this stock, a change of -11% from the previous quarter. The graph below displays the number of hedge funds with bullish position in GAIA over the last 14 quarters. So, let’s see which hedge funds were among the top holders of the stock and which hedge funds were making big moves.

The largest stake in Gaia, Inc. (NASDAQ:GAIA) was held by Royce & Associates, which reported holding $6.7 million worth of stock at the end of September. It was followed by Nantahala Capital Management with a $4.6 million position. Other investors bullish on the company included Woodson Capital Management, Renaissance Technologies, and P.A.W. CAPITAL PARTNERS. 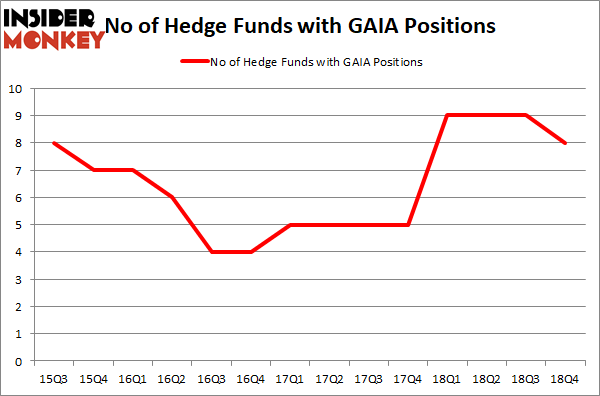