Understanding What a Fund of Hedge Funds Is

Fund of hedge funds: You many have heard the term before, but if you’re not well versed in the hedge fund world’s lingo, you may not know what it means. If you work at a bank or in the financial industry at large, or if you’re searching for jobs in this space, it’s essential to understand what a fund of hedge funds is.

More commonly known as a fund of funds, or FoF in some circuits, this is a portfolio that contains shares, or stakes in a basket of hedge funds. So quite literally, it is a fund comprised of other hedge funds.

The benefits for adopting a fund of hedge funds structure are similar to why an investor may choose to invest using Insider Monkey’s strategies, for example. It allows you to outsource the stock-picking, asset allocation and research tasks to the individual hedge funds. Moreover, a FoF strategy allows an investment manager to pick-and-choose which hedge funds’ strategies best suit any given market environment, and typically, it’s easy to be nimble in this regard.

For example, imagine that you hold a FoF that’s evenly invested between an activist hedge fund and a value investing hedge fund. If the activist, like Carl Icahn let’s say, takes a major position in Company A and is pushing for a spinoff, this may be a place of interest to you. Assume that Company A’s spinoff would leave the company with a more attractive investment portfolio post-split, and your Company A shares would rise as a result of such a move.

The value investing hedge fund, meanwhile, might like another company, Company B, because it trades at a discount in relation to its industry peers. Your bullish thesis for investing in this hedge fund under a FoF structure may be that you trust this firm, let’s say it’s Warren Buffett‘s, because of its pedigree.

After a year of splitting your fund of hedge funds 50/50 between Icahn and Buffett, let’s imagine a scenario where Carl Icahn’s proposal to have Company A spinoff some of its assets fails. Your bullish thesis behind Company A is then no longer valid, and you’d prefer to just invest in Warren Buffett’s position in Company B.

A FoF structure lets you do this, as you could simply decide to trade out shares of Icahn’s fund for that of Buffett’s, or search for a new hedge fund to invest in altogether. If you were an ordinary high-net worth investor, you wouldn’t always be able to simply exit out of a fund for one bad investment, and any withdrawal may come with fees or penalties. Inversely, if you were a lower net worth investor who was just long on Company A and Company B, you’d be able to buy and sell shares as you please, but you might not have become aware of such investment opportunities unless you had been invested in Buffett or Icahn directly in the first place.

Obviously, in the real world, this scenario is far more complex and there are many more hedge funds to invest in, usually with hundreds to thousands of investments in multiple asset classes. Additionally, we’re not saying that Warren Buffett is a better value investor than Icahn is at being an activist; this example was just for explanation.

If you’re still confused as to what a fund of hedge funds (or fund of funds) is, simply remember that it’s a diversified portfolio that’s invested in an array of different hedge funds.

How to Be a Hedge Fund Manager

What Are Hedge Funds?

Should Investors Follow Carl Icahn Into This Auto Supplier? 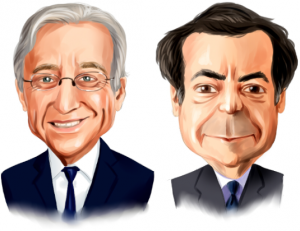 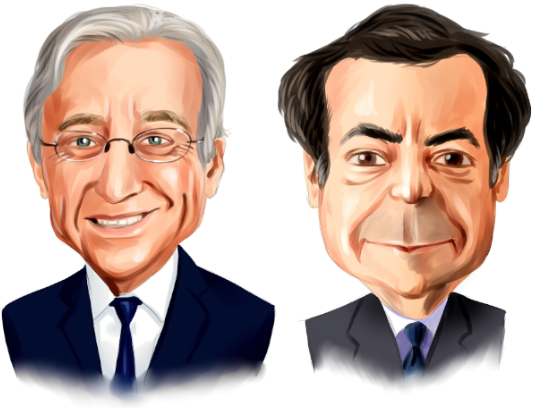