This series, brought to you by Yahoo! Finance, looks at which upgrades and downgrades make sense, and which ones investors should act on. Today, our headlines include a new buy rating for Zillow Inc (NASDAQ:Z) and a higher price target for Pandora Media Inc (NYSE:P) . Unfortunately, it’s not all good news, so let’s start out by finding out why. 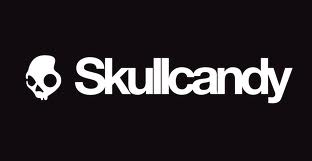 Skullcandy Inc (NASDAQ:SKUL) got smacked upside the head
Despite reporting revenues that exceeded analyst forecasts, audio earbuds maker Skullcandy Inc (NASDAQ:SKUL) failed to hit its earnings target yesterday. Earnings, which came in $0.01 short of consensus at $0.47, sparked a wave of sell recommendations on the Street. First, Northland Securities cut the stock to “market perform.” Then in rapid succession, each of Piper Jaffray, Raymond James, and DA Davidson reduced their ratings to “underperform.”

According to the most pessimistic of these analysts, Skullcandy Inc (NASDAQ:SKUL) shares that currently cost close to $6 a share could easily fall as low as $4 over the next 12 months. But is it really as bad as all that?

Until Skullcandy figures out how to generate a bit more cash from its business, I’m forced to side with the analysts on this one, and to agree: Skullcandy’s buy thesis has suffered a serious head wound.

Has Pandora peaked?
Now for the “good” news. Last night, as Skullcandy was suffering its after-hours post-earnings sell-off, shares of Internet radio star Pandora Media Inc (NYSE:P) surged more than 21% in late evening trading. The company reported strong revenue growth in its fiscal fourth quarter, and promised investors more of the same in the current Q1 2013. This inspired analysts at Needham to increase their price target on Pandora Media Inc (NYSE:P) stock, which they now say could be worth $16 a share before a year is out.

Upcoming Reports Are Make-or-Break for These Companies: Foot Locker, Inc.(FL...