In the year 1986, Chou Associates Management was founded by Francis Chou. He is a popular investor, with $650 million worth of assets under management, and the success of his bond fund is particularly notable. Moreover, he was named Morningstar’s Fund Manager of the Decade in 2004. 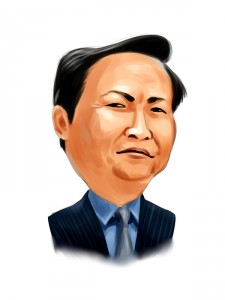 Let’s take a longer look. Berkshire Hathaway Inc. (NYSE:BRK.A) remains in first place with a position worth $50.5 million. This is up from $46.8 million at the end of Q1, and the holding company led by Warren Buffett has seen its shares rise by 30.3% in 2013.

Following Berkshire Hathaway is Resolute Forest Products Inc (NYSE:RFP), with a total value of $49.3 million. Although it remains in the same spot as the previous quarter, it is found to have an increased value from $44.6 million. Dell Inc. (NASDAQ:DELL), likewise, also stays at number three and it has a value of $33.3 million in Chou’s 13F portfolio.

Overstock.com, Inc. (NASDAQ:OSTK) rises two spots to No. 4, as Chou and his team hold a $30.6 million position in the company. This is a slight increase from Q1, as shares of the online retailer have more than doubled in 2013 alone. Sears, the retailer that continues to struggle, still sits just in the top five of Chou’s equity portfolio, and shares are essentially flat this year.

To continue reading coverage of 13F season, check out one major investor’s picks below:

Dell Inc. (DELL), Icahn Enterprises LP (IEP): Is This Bidding War About to...