With the housing market indicator falling in April (the most recent release), now could be the time to get in on housing sector stocks. The overall picture is positive, to the point where home prices are near their pre-recession levels. All signs point to a “buy” in this sector and now could be your last chance to get in before share prices in the industry soar even higher.

Home prices are one thing, but perhaps even more substantial are the increasing trend of overall housing starts, sales and permits, which have risen well above recession lows. After several years of decreased activity, many bullish years are likely to come.

The recovery isn’t only positive for the housing sector, but for the stock market as a whole. After all, it was the housing sector that led to the crash, so it could be the golden ticket to keeping the bull market active. But with so many industries impacted by housing, it’s difficult to know which stock to choose. These stocks have already undergone a surge in buying activity, but I think there is still room to grow. 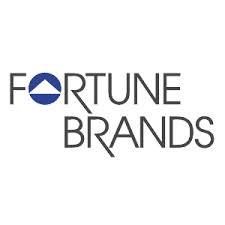 While shares of Fortune Brands Home & Security Inc (NYSE:FBHS) have increased by about 77% in the last year, this company has a lot of momentum and is set to climb even further with the improving housing sector, despite April’s blip. The company assembles and manufactures various building products, such as cabinets, faucets, windows, doors, storage and security. As building starts are likely to increase further, this company will be called upon to provide materials. Fortune Brands Home & Security Inc (NYSE:FBHS)’s revenue has grown from about $3 billion in 2009 to nearly $3.6 billion last year.

The company has recently initiated a dividend, which could indicate the firm is in a solid cash position, and confidence is high. This is also a sign that Fortune Brands Home & Security Inc (NYSE:FBHS) is likely here to stay, after joining the stock market in October 2011.

Housing starts are a main contributor to Mueller Water Products, Inc. (NYSE:MWA)’s success. Currently, 5% of the company’s total sales are related to house sales, but that number was nearly 30% in 2006.The company’s revenue reached over $1 billion last year, while in 2010 that number was $960 million. This stock is a riskier play due to the fact that it is operating at a loss, though that has put the stock’s price attractively under $8, which is about half of its pre-recession level, and I expect big upcoming results for this company.

This Metric Says You Are Smart to Sell Barnes Group Inc. (B)
Monthly Newsletter Strategy
Download a free copy of our newsletter and see the details inside!
Hedge Fund Resource Center
Billionaire Hedge Funds