Tracking insider activity is a central component of our investment strategy. While performing this task last week, we came across a few interesting insider purchases: big acquisitions in small-cap companies. So, let’s take a look at these transactions in order to elucidate if they are worthy of your consideration as investments.

Foresight Energy LP (NYSE:FELP) is the first company in this list. This $2.6 billion market cap low cost producer of thermal coal (with expertise in operating and developing productive underground mines in the Illinois Basin) commenced an initial public offering of 17,500,000 common units in early June. Over the past week, five of Foresight Energy LP (NYSE:FELP)’s insiders acquired considerable amounts of its stock. Two remarkable trades were the ones made by the company’s President and CEO, John Michael Beyer, who spent $1 million in 50,000 shares, and Christopher Cline, Director and Large Shareholder, who acquired 125,000 shares for $2.5 million. Foresight Energy LP (NYSE:FELP)’s IPO was priced at $20 per share, about 2.6 times the company’s sales. The company managed to raise an impressive $350 million, surpassing analyst expectations as the coal industry faces hard times (mainly related to lower coal prices, new shale gas developments and the EPA’s proposal to reduce emissions at coal plants significantly over the years to come).

Notwithstanding, Foresight Energy LP (NYSE:FELP)’s stock fell on its first day of trading after the IPO, and still trades around $19.50. Trading has averaged a volume of 5.78 million shares.

On the fundamental side, we should highlight Foresight Energy’s impressive revenue growth rate, which averaged 38.2% over the past three years, compared to an industry average of 8-9%. Margins and returns also surpass –comfortably- industry means. All of this suggests that this stock deserves further research. 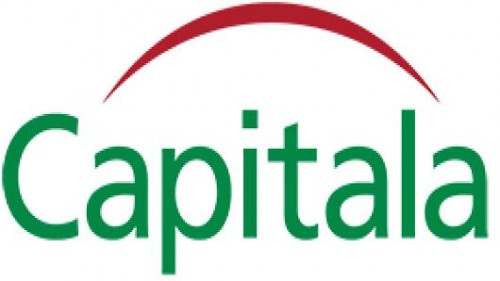 Another small-cap company that saw big insider purchases last week is Capitala Finance Corp (NASDAQ:CPTA), a $238 million market cap externally managed non-diversified closed-end management investment company. Hunt Markham Broyhill, Board Director, bought 27,000 shares for $18.55 per share, having spent more than half a million dollars. He added these to one of his several indirect holdings. The Director now owns 235,194 shares indirectly, and 66,027 shares, directly. Another Director, Paul H. Chapman, also acquired the stock: $5,000 shares for $18.68 each. He now holds 7,500 shares of the company.

The investment firm’s stock currently trades at approximately 8.7 times the company’s earnings, at less than half its peers’ average, while boasting a 6.0% return on average (vs. 1.3% for the industry) and a 66.2% net margin (vs. 18.1%). Returns on equity of 10.4% are also quite impressive. In addition, Capitala Finance Corp (NASDAQ:CPTA)’s stock yields 7.6% in the form of dividends.

On top of this insider, several major hedge funds seem to fell bullish –as well- about Mercer International Inc. (NASDAQ:MERC). Jeffrey Gates’ Gates Capital Management last declared having increased its stake by 35%, to 11.3 million shares, worth more than $85 million, and Kerr Neilson’s Platinum Asset Management holds roughly 7.9 million shares. Other investors worth mentioning are D. E. Shaw, with 150,664 shares, up 17% over the last reported quarter, and Matthew Hulsizer, who recently started a position in the company with 102,600 shares.