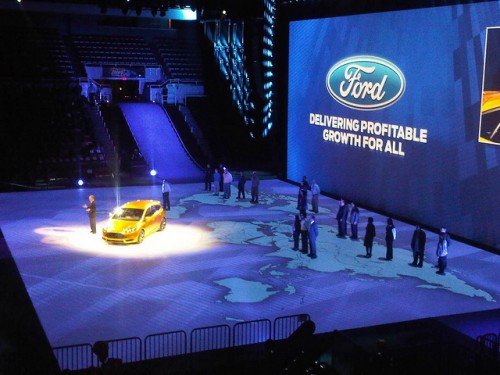 “We are just starting up production and in this fall we will bring out the new Mustang, its 50-th anniversary. We are going to ramp up slowly to get the quality right and make sure the vehicle is ready, but once we get going, we expect very strong demand for the new model. It’s all new in so many ways. We don’t give out sales projection numbers, but we are certainly very excited about the demand, not just here in North America, but also around the world for the new Mustang,” Hinrichs said.

According to Hinrichs, the sports car market is heavily reliant on new models and that is the reason why Mustang hasn’t performed well in terms of sale, when compared to its competitors. With the launch of the new model of the Mustang, Hinrichs believes that Ford Motor Company (NYSE:F) will again dominate this market.

Hinrichs revealed on the program that the 2015 Mustang will come with new technology and features, apart from changes in the design. He believes that even after such significant changes the hardcore fans of Mustang will still love the new model as it has retained all the elements that fans like about the car, including the ‘sound’ of the Mustang.

Tesla Motors Inc. (TSLA) Continues to Charm Analysts in the Face of Traditional...

Forget Tesla: This Is The Best Way To Profit From Electric Cars