Last week, Ford Motor Company (NYSE:F) doubled its dividend. This comes from a company which, only a few years ago, was forced to suspend its dividend payments entirely. Facing declining revenue and unprecedented competition from foreign automakers, Ford had no other choice. Then the financial crisis hit, raising fears that Ford could very well face bankruptcy. But Ford survived, re-initiating its dividend in 2012 at $0.20 per share. This was a strong signal that Ford was back on its feat, a signal which was amplified by the 100% dividend increase last week. But is the dividend, now yielding 2.82%, enough to draw investors back to a company which came so dangerously close to failing?

How Ford came back from the dead 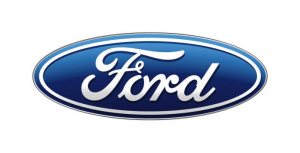 Ford has the distinction of being the only US auto company to refuse a government bailout during the financial crisis. Detroit neighbor General Motors Company (NYSE:GM) was bailed out by the US and Canadian governments and reemerged as the “new GM,” although detractors started calling it “Government Motors” instead. GM is now back on its feet, but has yet to start paying a dividend. The bailout created a stigma around GM, giving Ford a distinct advantage.

Foreign competitors like Toyota also suffered due to the financial crisis but not nearly to the same degree. The tsunami in Japan in 2011 greatly affected supply chains for Asian car manufacturers, thus allowing the US auto industry to recover with greatly reduced competition.

Ford took on a huge amount of debt before the crisis, resulting in enormous interest payments. This allowed the company the liquidity it needed to survive, but much of the profits went to servicing the debt. Ford has greatly improved its balance sheet since then, freeing money up for the dividend.

The big question now is: How fast can Ford grow the dividend? Ford has said that

“Ford’s plan is to grow its dividend, consistent with earnings and liquidity growth, to a level that is sustainable through all business cycles.”

This is a vague statement, but I expect it to mean that Ford won’t be paying out 60%+ of earnings anytime soon.

How much of Ford’s free cash flow is being paid out in dividends? In 2011 Ford recorded $5.49 billion in FCF. The company is a little behind the pace through three quarters of 2012, but let’s assume they do somewhere around $5.5 billion in FCF. The new dividend of $0.40 per share will result in a total annual payout of about $1.58 billion. This puts the payout ratio around 28.7%.

The good news is that this is a fairly low payout ratio. The bad news is that I don’t think Ford will be increasing it very soon. The dividend will grow with earnings, and that’ll be the main source of growth. The company, as can be seen from their quote above, wants to keep the dividend at a level which can be sustained through the good times and the bad. They want to avoid having to cut the dividend like they did in 2006. And given that interest expense still eats up about $4 billion per year, debt reduction should be their main concern.