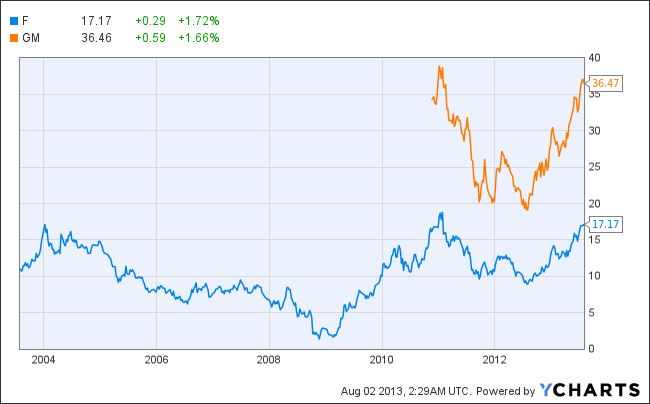 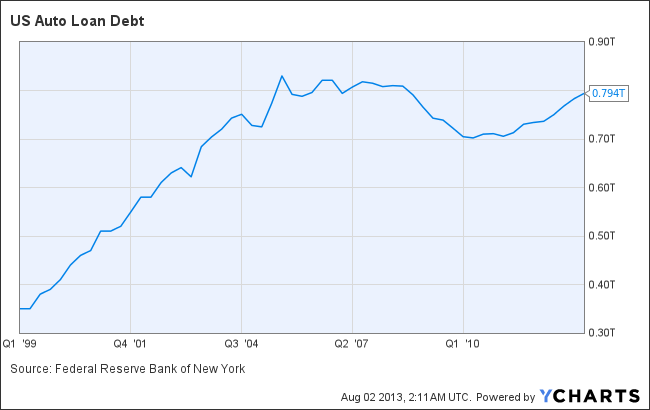 …and auto sales have been on a tear since bottoming in 2009. Current U.S. auto sales are nearly 16 million and only have about 10% growth before returning to the glory days of the early-to-mid 2000s. 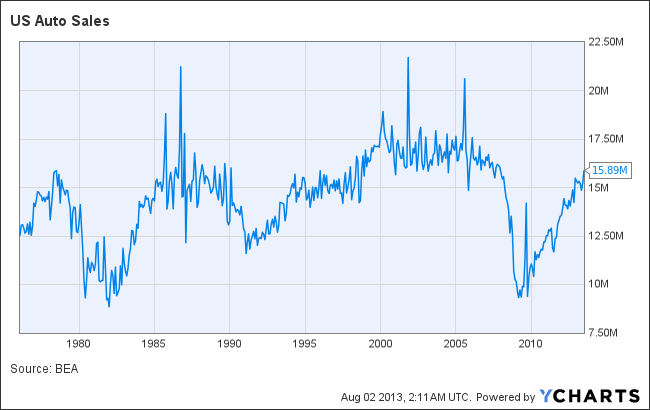 Unlike the auto industry, which has returned to prior crisis levels, homes are still well below those levels and could still be a solid investment opportunity… 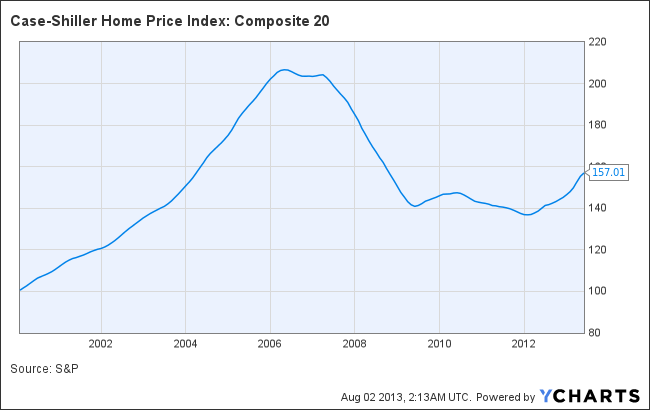 Homeownership is also still down around mid-1990s levels. 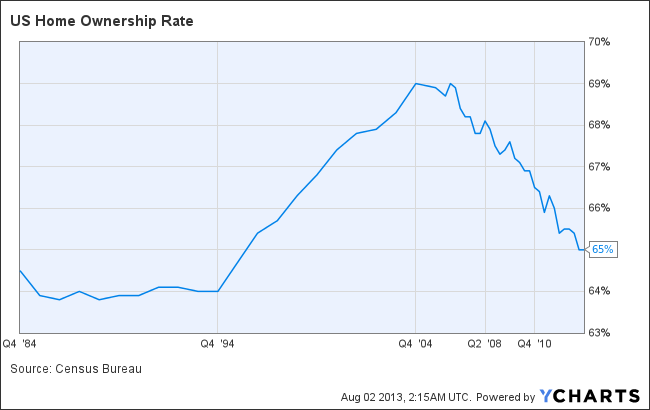 Hope for American made?

Ford Motor Company (NYSE:F) is the industry leader for U.S. auto manufacturing, with General Motors Company (NYSE:GM) in a close second. Both of the companies might be recognizing the saturating of the U.S. auto market, where Ford is looking to break out of America and move into the emerging markets. This includes its key areas of Argentina, Brazil, China, India and Thailand. Asia is expected to account for some 70% of the car-maker’s total global growth through 2020.

Ford Motor Company (NYSE:F) is also looking to make the big move to smaller cars, which are expected to be a big hit in the heavily populated country of China, with 15 planned new models specifically targeted for China that are expected to be introduced over the next few years.

On the other side of the car spectrum, with General Motors Company (NYSE:GM) planning to introduce Cadillac to the Chinese luxury market, Ford Motor Company (NYSE:F) is looking to boost its Lincoln offering in the country, planning to make offerings in 2014.

Last week, General Motors Company (NYSE:GM) posted EPS of $0.75 compared to $0.90 for the same quarter last year. This comes as the company is turning away from America and focusing on emerging markets, which includes China and India. Other major moves? The company is expanding dealerships in Indonesia and Thailand.

GM is building four new plants in China to help boost its production capacity to 5 million vehicles annually. The total investment in China is expected to be upwards of $11 billion by 2016. GM is also just hoping to break even in Europe by 2015.

Although the car industry might be topping out, I still believe there are investment opportunities in the home-building industry. This includes the industry leader by revenue, PulteGroup, Inc. (NYSE:PHM). The bursting of the real estate bubble is making home ownership more  affordable. What should help drive the housing market higher in the near future should be job growth and a loosening of the credit markets.

PulteGroup, Inc. (NYSE:PHM) is also shedding its low-margin projects to focus on high-return communities. The company hopes to use the proceeds to continue buying up land at cheap values. For 2013 and 2014, Pulte plans to spend some upwards of $1.4 billion on land. And unlike many competitors, Pulte is focusing on higher-priced, move-up homes — which should boost its average selling price over time.