I keep hearing rumblings from consumers and investors about how Toyota Motor Corporation (ADR) (NYSE:TM) and Honda Motor Co Ltd (ADR) (NYSE:HMC) vehicles are more American made than those from Ford Motor Company (NYSE:F), General Motors Company (NYSE:GM), or Chrysler. So many people seem to believe this that I had to look into it myself. A simple search turned up a Cars.com “American-made index,” which indeed declared that four of the top five most American made vehicles were Japanese models. 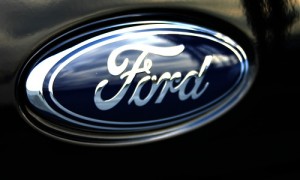 Fortunately for you readers — and Detroit — I was skeptical and dug deeper. The truth is that Ford, General Motors Company (NYSE:GM), and Chrysler are much more American made and the Cars.com index is deeply flawed. Here’s what you need to know about buying American-made vehicles, and why it’s important for consumers and investors.

Flawed
The Cars.com index takes in to account whether cars are assembled here, the percentage of domestic parts used, and whether they’re bought in large numbers. I scratch my head a little bit at that last factor. I understand that the point is to discount vehicles that could be 100% made here yet sell only 10 units. But in reality, there are much better factors to consider when measuring for the most American-made vehicles.

In addition, the Cars.com index seems to minimize the importance of domestic parts bought. General Motors Company (NYSE:GM) doesn’t have a single car in the top five of the index, yet consider that General Motors Company (NYSE:GM) alone buys as many U.S. parts as Toyota Motor Corporation (ADR) (NYSE:TM), Honda Motor Co Ltd (ADR) (NYSE:HMC), Nissan, Subaru, Mitsubishi, and all other Japanese automakers combined. Surprised? Wait — it gets better.

Another thing the index fails to recognize is where the companies are headquartered. While the Japanese automakers do have plants and offices here, they aren’t headquartered where the majority of their R&D money is spent. Detroit’s Big Three are all headquartered here and have eight times the numbers of workers here that Toyota, Honda, and Nissan do. Detroit spends more on R&D here in the U.S. per year than juggernaut companies such as The Boeing Company (NYSE:BA), Intel Corporation (NASDAQ:INTC), Google Inc (NASDAQ:GOOG), Apple Inc. (NASDAQ:AAPL), Hewlett-Packard Company (NYSE:HPQ), and Exxon Mobil Corporation (NYSE:XOM) — again, combined.

Made and sold here
While the Cars.com index uses volume in its calculation, it does so in a flawed way. Wouldn’t you rather calculate which vehicles that are made in the U.S. and also sold here? The data ignores that Detroit’s Big Three, on average, sell one and a half times as many U.S.-made vehicles into the U.S. market as its foreign counterparts do.