Call me crazy, but I’ve become quite attached to my old car.

And it’s not that I can’t afford to buy something better.

Come to think of it, there’s technically nothing that would prevent me from grabbing a decent-sized auto loan, bartering with a salesperson at the nearest dealership, and driving off the lot in something like, say, Ford Motor Company (NYSE:F)‘s  new 2014 Fusion, which, thanks to a whopping $555 million investment from the world’s oldest automaker, I’m proud to know is now being produced in the United States:

The car the author would love to own (in a few years). Image source: Ford.

In fact, strong auto sales are just one of many reasons I own shares of Ford Motor Company (NYSE:F) stock in my own Roth IRA.

But each time I’m tempted to join the masses and buy a brand new vehicle, the investor in me brings the idea to a screeching halt.

Here are a few reasons I’ve decided to hang on to my 15-year-old vehicle.

First, I like buying assets that appreciate in value, which happens to be a class to which automobiles generally don’t belong.

On average, new vehicles lose around 23% of their value in their very first year and are typically worth around 60% less after only five years.

To put that into perspective, what would you do if you were considering the purchase of a $250,000 home, only to be told after five years its value would depreciate by 60% to just $100,000? You’d run for the hills, right?

Sure, most cars cost much less than a typical home, but on a percentage basis those numbers are downright sobering.

2. Payments
That depreciation also doesn’t account for the fact that, unless you’ve got a wad of cash to pay in full, you’ll probably be making a monthly payment on your new vehicle as well.

So let’s run some numbers, shall we?

Not including sales tax, if you took out a five-year loan on that $30,000 car at a very reasonable 4% annual percentage rate, that amounts to a monthly payment of roughly $552.

Even less comforting, note that’s still about $23 less than the monthly amount your car will depreciate during the first year.

By contrast, having no payment on your used vehicle frees you up to do significantly more financially productive things with your money.

3. Cost of insurance
Then there’s the cost of insuring your car, which is also bound to be significantly higher on your substantially more valuable new vehicle.

As it stands, I pay less than $300 per year to keep adequate liability insurance on my older car.

However, if I were to go upgrade even to the baseline model of Ford Motor Company (NYSE:F)’s latest Fusion, which is slightly larger and boasts similar fuel economy as my old Cavalier, my average annual premium would rise by nearly sixfold to a whopping $1,750 per year.

Specifically, in my home state of Montana, it costs $217 per year to register a vehicle between zero and four years old. For vehicles aged five to 10 years, it’s $87. If your car is 11 years or older, you can either pay just $28 annually or, as I did, opt for a slightly higher one-time fee to secure a permanent tag.

Then again, I’ll admit the repairs should (in theory) be required on a less frequent basis for newer vehicles, but that doesn’t mean they’re exempt from breaking down every now and again. 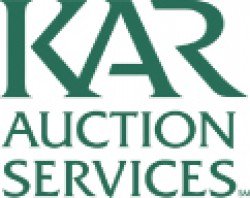