Ford Motor Company (F) CEO: Driverless Cars Will Be A Reality Within 5 Years

Driverless cars are the next big thing in the auto industry and every auto maker aspires to get there first. Ford Motor Company (NYSE:F) is no stranger to this and its CEO, Mark Fields has tweeted last night that driverless fully autonomous vehicles will be a reality in the industry within 5 years. This statement might raise many eye brows, but Fields believe that it is actually going to happen. He talked to CNBC’ Phil LeBeau about his tweet and his take on fully autonomous vehicles on CNBC. 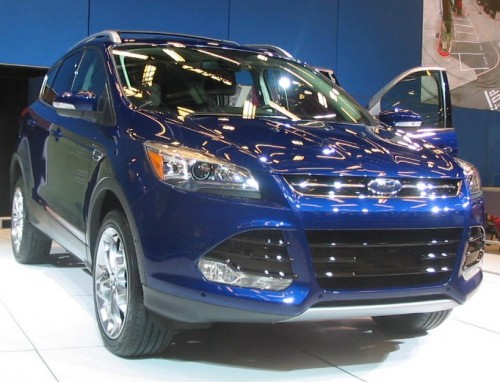 Fields said that considering the advances happening in the technology surrounding the automobiles, like sensor technology, cameras, software and the algorithm behind that software, he feels that driverless fully autonomous vehicles will be a reality within five years. He added that Ford Motor Company (NYSE:F) currently has semi-automatic vehicles as affordable price tag and he assures that Ford Motor Company (NYSE:F) will launch fully automated vehicles in future, but might not be the first one to do it.

Fields said that many luxury auto makers might get there first, but he assures that when Ford Motor Company (NYSE:F) get there they will make sure that its fully automated vehicle will be accessible and affordable.

When people hear about Fields’ statement that fully autonomous vehicles will be a reality within five years, they just are too surprised and feel that US is not ready for it yet. But, Fields pointed out that Cruise control in cars was very similar few years ago and no one believed that it would happen any time soon, but almost everyone in US is using it. So he thinks that people will accept and embrace fully autonomous vehicles when they come into the market.

The major risk when going fully autonomous is hacking of the software and gaining control of the vehicle. Fields feels that it is a risk and as a company Ford Motor Company (NYSE:F) will make sure to address the safety of vehicles as it is the most important thing.