For Research In Motion Ltd (BBRY), It All Comes Down to This 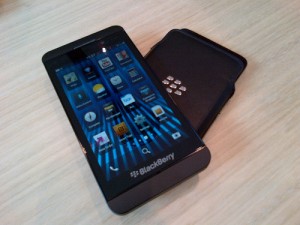 Looking back, it’s easy to say that Research In Motion Ltd (NASDAQ:BBRY) should have — if they could have — gone to market with its Q10 smartphone first, keyboard and all. The Q10, by most accounts, is a top-flight version of the BlackBerry Bold smartphone, which fans have come to know and love over the years. Results for Research In Motion Ltd (NASDAQ:BBRY)’s first phone running its BB10 OS, the Z10 with its touchscreen, are so-so.

The rubber meets the road
According to sources, delays in formatting Research In Motion Ltd (NASDAQ:BBRY)’s new BB10 OS to the Q10’s smaller screen took a bit longer than expected, leaving customers with a few choices: Forget the keyboard and grab BlackBerry’s Z10 touchscreen smartphone, wait for the Q10, or opt for one of the other smartphone alternatives out there. Problem is, even if Research In Motion Ltd (NASDAQ:BBRY) fans are waiting on the Q10, the overall market for keyboard phones is shrinking fast.

According to IDC, of the 62.8 million phones with keyboards sold in 2012, Research In Motion Ltd (NASDAQ:BBRY) garnered 47% of the market: That’s the good news. What’s discouraging for BlackBerry isn’t the market share of its keyboard smartphones, it’s how much smaller the overall market has become. The 62.8 million units that the IDC reported sold worldwide in 2012 was down nearly 40% from the 100 million keyboard devices sold the previous year.

Does the Q10 have enough oomph to put an end to the shift toward touchscreen smartphones? We’ll know soon enough, as Research In Motion Ltd (NASDAQ:BBRY) prepares to roll the Q10 out in Canada on May 1, the U.K. shortly thereafter, and in the states within a few weeks.

Not alone
The high-end, keyboard-enabled smartphone market is where the Q10 resides, but it’s hardly the only option out there. Samsung, Motorola, and Nokia Corporation (ADR) (NYSE:NOK), among others, offer keyboards with some of their many phone models. Nokia Corporation (ADR) (NYSE:NOK)’s recently released Asha 210 is a low-priced phone with a keyboard, and HTC is another phone manufacturer fighting for a piece of the declining keyboard phone market.