Published on February 5, 2018 at 10:31 am by Alexandr Oleinic in Bitcoin, Ethereum and Other Cryptocurrencies, News, Tech

A couple of years ago we witnessed a boom in the FinTech industry with established companies and startups offering new technology-based products that cover a lot of areas from wealth management, to crowd funding, online and marketplace lending. Thousands of enterprises around the world launched products and services that competed with the huge banking sector that was over encumbered by strict regulations and losses following the financial crisis that created a sort of a vacuum in innovation. The FinTech industry disrupted Financial Services around the world and lately FinTech itself was disrupted by the new technology – the blockchain. While it’s fairly recent, the blockchain technology was already compared in its magnitude and impact with the introduction of Internet in the 1990s.

Blockchain is set to disrupt many industries, with large companies assessing its utility and developing applications. For example, shipping giant A.P. Moller – Maersk and International Business Machines Corp (NYSE:IBM) have partnered to create a platform that would speed up global trade using blockchain technology. There also are companies that are working on developing blockchain-based applications for the Health Care industry, real estate, media and supply chain management. Potentially, blockchain technology could be used in government, which is collecting massive amounts of records, which are often maintained in paper form and the blockchain technology can simplify this record-keeping, make it more secure and more accessible for citizens.

However, one of the most important areas that blockchain technology can and will disrupt in the near future is financial services. Put simply, the technology represents a shared database that contains entries that are incorruptible and immovable and have to be confirmed in order to be added and each entry is logically linked to the previous one. This makes it perfectly suitable for international money transfers, so it’s unsurprising that 90% of major North American and European banks are exploring the use of this technology, according to an Accenture survey.

For example, last year, seven major European banks, including Deutsche Bank AG (USA) (NYSE:DB), HSBC Holdings plc (ADR) (NYSE:HSBC), KBC, Natixis, Rabobank, Société Générale and UniCredit partnered with International Business Machines Corp (NYSE:IBM) to develop a blockchain-based platform to help small and medium-sized businesses. International Business Machines Corp (NYSE:IBM) is also working with BBVA, Bank Danamon and National Australia Bank to develop a system for clearing and settling international payment transactions. The tech giant has also joined forces with several major financial companies, including Deutsche Bank AG (USA) (NYSE:DB), HSBC Holdings plc (ADR) (NYSE:HSBC), and Mitsubishi UFJ Financial Group, to develop a blockchain-base shared Know Your Customer proof-of-concept that was presented in November.  Ripple, which operates a blockchain-based platform that has its own cryptocurrency, the third-largest by market cap, is working with Moneygramm International Inc (NYSE:MGI) and several banks on using the technology for cross-border money transfers and the list can go on and on. Because blockchain allows faster transactions that don’t require intermediaries and can be executed automatically as part of a smart contract, banks and payment companies could potentially save a lot of money, so their interest in exploring the technology is quite understandable. According to a PwC report, 77% of financial institutions expect to adopt blockchain technology as soon as 2020.

However, while companies are exploring the potential uses for blockchain technology, it still has to catch up among consumers. Of course, Bitcoin, Litecoin, and other cryptocurrencies have their communities, with online and physical stores accepting them as means of payment and small individual investors have invested in blockchain-based projects through Initial Coin Offerings. However, consumers are still skeptical regarding the uses of blockchain either because they don’t understand how it works or they don’t trust it yet with their private and financial information. However, because blockchain is decentralized, it allows for more transparency and security. Moreover, it has many applications in various areas that can allow for peer-to-peer transactions, thus eliminating the middle man. Take for example, the electricity grid. Many people generate power using solar panels and if the electricity is generated in excess, it is sold into the grid and then the power company supplies it to other households. However, there are several projects that aim at using blockchain technology to allow a direct relationship between households selling energy and households buying it, as well as ensure immediate payment.

Blockchain can also reshape the way shopping is done in a way similar to how internet disrupted this space. Because the technology allows tracking the entire lifecycle of a product, it will lead to fewer counterfeit products being sold online. In addition, it could allow tracking, monitoring and fulfilling orders much more efficiently, as it eliminates the human factor on many stages between placing an order online and getting the package delivered to your home. Blockchain can also help improve the way we pay for things as many of the hidden fees and third parties will be eliminated and transactions will be conducted directly between the buyer and seller.

Blockchain has yet to become a mainstream technology in payment systems and rival credit cards, but there are several very promising projects in this area. One of them is Fluz Fluz, which aims to become the first global consumer cash back network. Cash back represents incentives that are usually paid by credit card companies to consumers after a transaction. Cardholders are either refunded a small amount from their purchases or offered points that they can use for purchases or gift cards.

Fluz Fluz, which has successfully launched in Colombia, represents a shopping platform that allows consumers to earn cash back from purchases made through their social networks. Networks include friends that users can add and earn cash back whenever they make a purchase. In this way, users are incentivized to make purchases through their networks and motivate their friends to join, thus expanding the platform. Each member of the platform (called Fluzzer) can add up to 65,536 people to their network and receive cash backs from their purchases. 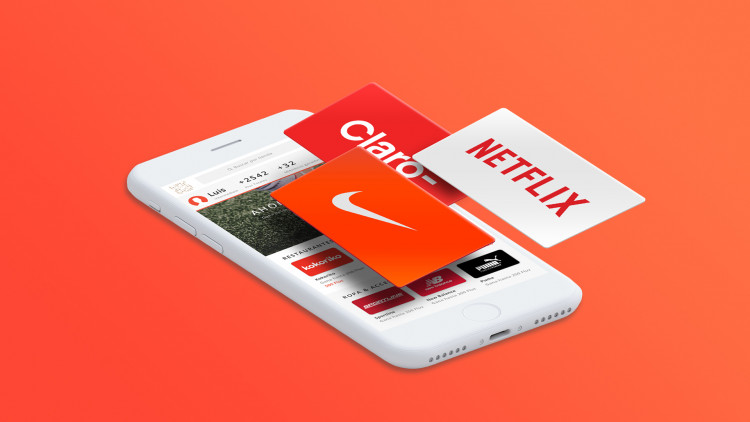 Fluz Fluz currently has over 40,000 active users in Colombia, where it launched in January 2017 built by the serial Ecommerce entrepreneurs Maurice Harary and Stefan Krautwald. The company sells instantly usable gift cards from over 200 merchants. Whenever a purchase is made using this card, network participants earn cashable rewards called Fluz, which are stored in mobile wallets. Fluz points can be exchanged for other cryptocurrencies or fiat money.

The next step in Fluz Fluz’s goal to become global involves a launch of the service in the US in summer 2018. The company’s advisory board was joined by TechCrunch Co-Founder and tech entrepreneur Keith Teare to help with the product strategy on the US market. To address the financing needs related to the launch in the US and subsequently in other countries, the company has conducted a public sale of 204 million FLUZ tokens and it was completed in less than a week, which shows the participants´ confidence in the project.

Fluz Fluz has a lot of potential to become a game changer in the consumer market, with many renowned brands and companies having joined its cash back network already. After its successful performance in Colombia, we should expect that it will also become a popular platform on the American and other markets.

Disclosure: The opinions expressed in this article are Insider Monkey’s writer, Alex Oleinic’s. Alex doesn’t have positions in International Business Machines Corp (NYSE:IBM), Deutsche Bank AG (USA) (NYSE:DB), HSBC Holdings plc (ADR) (NYSE:HSBC), and Moneygramm International Inc (NYSE:MGI). Insider Monkey received compensation in exchange for publishing this article. Insider Monkey doesn’t recommend purchase/sale of any securities, cryptocurrencies, or ICOs. Please get in touch with a financial professional before making any financial decisions. You understand that Insider Monkey doesn’t accept any responsibility and you will be using the information presented here at your own risk. You acknowledge that this disclaimer is a simplified version of our Terms of Use, and by accessing or using our site, you agree to be bound by all of its terms and conditions. If at any time you find these terms and conditions unacceptable, you must immediately leave the Site and cease all use of the Site.

Billionaire Investors are Bullish on These 6 Oil Stocks