According to most stock holders, hedge funds are perceived as slow, old financial tools of yesteryear. While there are more than 8000 funds in operation at the moment, we at Insider Monkey choose to focus on the upper echelon of this club, about 450 funds. Most estimates calculate that this group controls the majority of the smart money’s total capital, and by keeping an eye on their best investments, we have spotted a number of investment strategies that have historically outstripped the broader indices. Our small-cap hedge fund strategy beat the S&P 500 index by 18 percentage points annually for a decade in our back tests, and since we’ve began to sharing our picks with our subscribers at the end of August 2012, we have outclassed the S&P 500 index by 24 percentage points in 7 months (see all of our picks from August).

Just as integral, optimistic insider trading sentiment is another way to parse down the financial markets. There are plenty of incentives for an insider to cut shares of his or her company, but just one, very simple reason why they would behave bullishly. Many academic studies have demonstrated the valuable potential of this strategy if investors understand where to look (learn more here).

How have hedgies been trading Dover Corp (NYSE:DOV)?

Heading into 2013, a total of 18 of the hedge funds we track held long positions in this stock, a change of 29% from the previous quarter. With hedge funds’ sentiment swirling, there exists a select group of noteworthy hedge fund managers who were increasing their stakes considerably.

When looking at the hedgies we track, Diamond Hill Capital, managed by Ric Dillon, holds the most valuable position in Dover Corp (NYSE:DOV). Diamond Hill Capital has a $177.6 million position in the stock, comprising 2.1% of its 13F portfolio. On Diamond Hill Capital’s heels is Steven Cohen of SAC Capital Advisors, with a $67.4 million position; the fund has 0.3% of its 13F portfolio invested in the stock. Some other hedgies with similar optimism include Matthew Lindenbaum’s Basswood Capital, Michael Messner’s Seminole Capital (Investment Mgmt) and Ken Griffin’s Citadel Investment Group.

Insider trading activity, especially when it’s bullish, is at its handiest when the company in question has experienced transactions within the past 180 days. Over the latest half-year time period, Dover Corp (NYSE:DOV) has seen zero unique insiders buying, and 8 insider sales (see the details of insider trades here).

Let’s go over hedge fund and insider activity in other stocks similar to Dover Corp (NYSE:DOV). These stocks are Flowserve Corporation (NYSE:FLS), Kubota Corp (ADR) (NYSE:KUB), Ingersoll-Rand PLC (NYSE:IR), Pentair, Ltd. Registered Share (NYSE:PNR), and Roper Industries, Inc. (NYSE:ROP). All of these stocks are in the diversified machinery industry and their market caps are closest to DOV’s market cap. 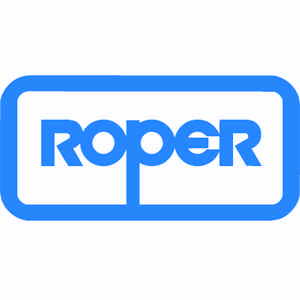 Is Roper Industries, Inc. (NYSE:ROP) Going to Burn These Hedge Funds?Ingersoll-Rand PLC (NYSE:IR): Insiders Are Buying, Should You?
Monthly Newsletter Strategy
Download a free copy of our newsletter and see the details inside!
Hedge Fund Resource Center
Billionaire Hedge Funds