FleetCor Technologies, Inc. (FLT) Among the Unheralded Stocks Billionaires Like

Most investors like buying stakes in big multinational companies that have enormous revenue streams and market caps. While this works fine for some investors, at Insider Monkey we are more interested in smaller-cap companies and emerging stocks, which our research has shown the top investors are much better at generating high returns from than they are their best large-cap picks. With the 13F filings for the reporting period of March 31 now out, we have sifted through the data to identify some of the top under-the-radar stocks held by the more than 60 billionaire investors that we track. Of these, three caught our attention, considering their previous performance records and how they performed in the first quarter of 2015. The three companies are FleetCor Technologies, Inc. (NYSE:FLT), Mohawk Industries, Inc. (NYSE:MHK),and MGIC Investment Corp. (NYSE:MTG), which we’ll discuss in this article. 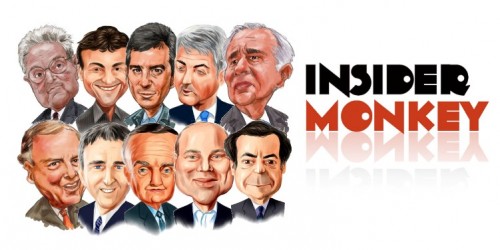 As mentioned, we discovered through our research that a portfolio of the 15 most popular small-cap picks of hedge funds beat the S&P 500 Total Return Index by nearly a percentage point per month on average between 1999 and 2012. On the other hand the most popular large-cap picks of hedge funds underperformed the same index by seven basis points per month during the same period. In forward tests since August 2012 these top small-cap stocks beat the market by an impressive 84 percentage points, returning over 144% (read the details here). Hence a retail investor needs to isolate himself from the herd and take advantage of the prevalent arbitrage opportunities in the market by concentrating on small-cap stocks.

Let’s start with FleetCor Technologies, Inc. (NYSE:FLT), in which 13 billionaires hold $2.80 billion of the company’s shares as of March 31. Those numbers represent a big increase from the nine billionaires which held $2.42 billion worth of stock at the end of 2014. The international independent provider of secure payment services and products currently offers its services to more than 500,000 commercial entities and millions of personal cardholders around the globe. Its services are sought after by over 800 partnering companies from diverse industries, including technology, oil, and finance. FleetCor Technologies, Inc. (NYSE:FLT) posted $1.45 in earnings per share for the first quarter of 2015, beating analysts’ consensus estimates of $1.40 by $0.05. While that performance was impressive, many brokers and analysts have even brighter forecasts for the stock. The company’s guidance for its fiscal year 2015 sets earnings per share at $6.00-$6.20, which is higher than the previous guidance of $5.95-$6.15, while the consensus estimate for the period stands at $6.09. Analysts at Deutsche Bank give the stock a “Buy” rating while those at Barclays recently raised the company’s price target to $180 from $170, showing potential upside of 15%. Billionaires Stephen Mandel and Daniel Och have the largest positions in FleetCor among the investors we track, while Thomas Steyer of Farallon Capital was one of the billionaires to open a new position in the company during the first quarter.