Adam Usdan’s Trellus Management Company hedge fund was set up in 1994 and its investment strategy focuses on small, mid and large-cap companies. With a portfolio value of over $68.07 million, its top ten positions make up 45% of the disclosed portfolio. Moreover, out of a total of 75 long positions, the fund has 35 stakes in companies with a market cap of over $1.05 billion, which registered an 11% return in the first quarter of 2015.

In order to establish the validity of our small-cap hedge-fund strategy and to identify the best stock picks of the best hedge fund managers, we analyze the equity portfolio of over 700 hedge funds. By ranking companies with a market capitalization between $1 billion and $5 billion, it turns out that the top 15 stocks at the end of each quarter had an average monthly return of 127 basis points per month, as compared to the S&P 500 ETF (SPY) 32 basis points during the same 13-year period, between June 1999 and August 2012 (see more details about our backtests). Furthermore, our strategy had a 132.0% gain in the last 2.5 years, contrary to only 52.6% for the SPY’s return during the same period. 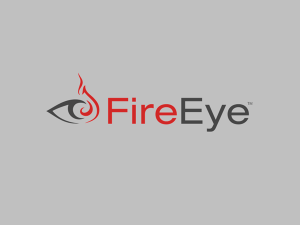 Let us take a closer look at five of Trellus Management’s significant positions. FireEye Inc (NASDAQ:FEYE) represents the largest stake, amassing 19.21% of the equity portfolio, with 414,188 shares total, valued at $13.08 million. The considerable return of 24.29% of FireEye Inc (NASDAQ:FEYE)’s stock in the first three months of 2015 is most certainly due to the corporate and government cyber attacks, that become more and more common, and the constantly increasing notoriety of FireEye Inc (NASDAQ:FEYE) among investors. Moreover, in its latest quarterly earnings report, FireEye Inc (NASDAQ:FEYE) announced a narrower-than-expected loss and recorded a sales growth of nearly 150% year-over-year in the fourth quarter of 204. The firm’s largest shareholder among the investors that we track is Karthik Sarma’s SRS Investment Management, which owns 3.0 million shares worth $94.7 million as of the end of 2014.